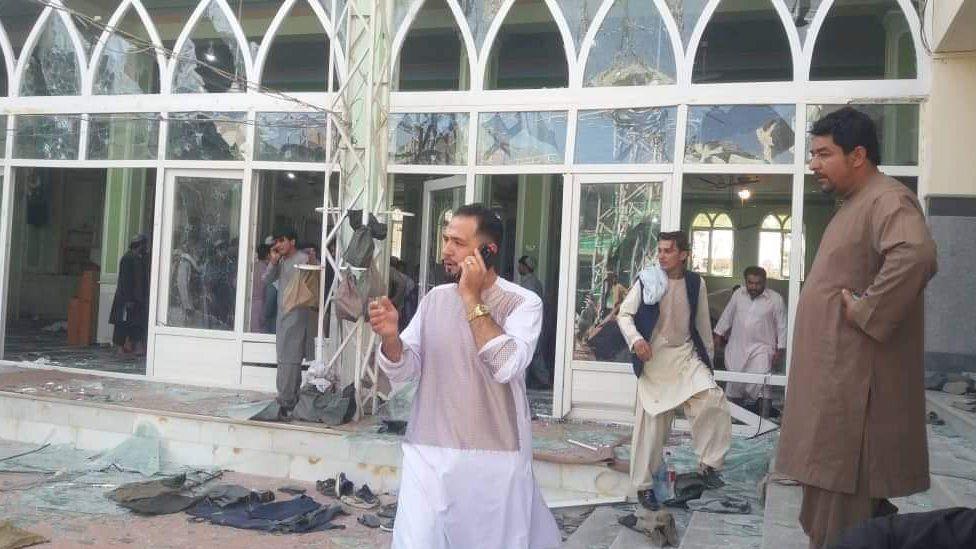 A series of suicide bomb attacks during Friday prayers at the Bibi Fatima Shia mosque in Kandahar killed at least 47 people, exactly a week after the attack in a Kunduz mosque that killed dozens of Shias.

South Asia remains a cauldron of discontent, perpetually keeping its people suspended in anxious insecurities of impending violence against religious minorities. A series of suicide bomb attacks during Friday prayers at the Bibi Fatima Shia mosque in Kandahar killed at least 47 people, exactly a week after the attack in a Kunduz mosque that killed dozens of Shias. Gurdwara Karte Parwan in Kabul was vandalised for the second time in 10 days by what is believed to be a special unit of the Taliban, who run the Islamic Emirate of Afghanistan. Sikhs and Hindus live in fear as the Taliban soldiers keep targeting the minorities. In Bangladesh, Durga Puja venues and temples were attacked by religious hotheads, leaving four dead. And during the last fortnight, Pakistan-sponsored terrorists brutally targeted Sikh and Hindu teachers, a local Kashmiri Pandit pharmacist and five non-locals — three labourers and two vendors — in J&K.

All these instances of pick-and-choose murders of members of the minority communities ought to remind us of the cases of lynching of Muslims in the name of cow protection all across north India. Violence against a minority community in one country can trigger bloodshed against those following the religion of the perpetrators in a neighbouring country in a never-ending cycle of death and forced migration. All these murders should be treated as majoritarian crimes across communities, states or national borders. And only unequivocal condemnation by the local majority community can put an end to these attempts — conscious or otherwise — at ethnic cleansing.

According to reports, while promising to hunt down Islamist extremists, Bangladesh PM Sheikh Hasina has warned against an Indian Hindu response to the attacks on puja pandals, which would only make Bangladeshi Hindus more vulnerable. These are words of wisdom, which should be remembered by all communities all across the region. Minority rights are a sacred covenant for a civilised society. Unfortunately, most South Asian countries have descended into a pre-modern orgy of torture and hunting of minorities. As long as we cannot wish away religion, we need to devise ways of assimilating diversities to ensure peaceful coexistence of communities.