India must get more nations on board to corner Pakistan 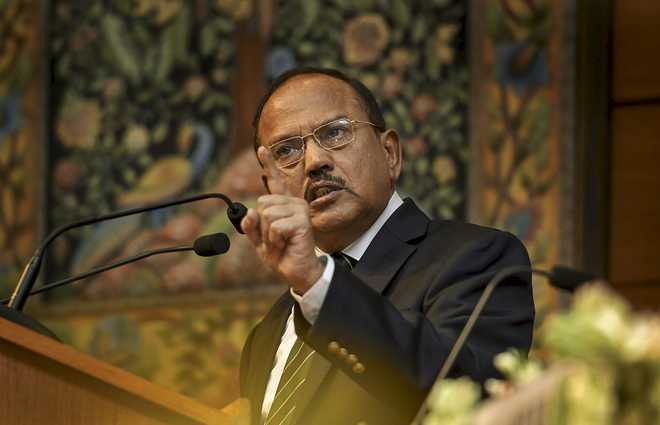 INDIA’S efforts to build global momentum against terror funding are striking a chord with other nations in the region. The India-Central Asia meeting of National Security Advisers (NSAs) ended on Tuesday with a joint statement calling for collective action to deal with the use of proxies for cross-border terrorism, terror financing and radicalisation. NSA Ajit Doval termed financial support the ‘lifeblood’ of terrorism. His opinion was endorsed by the representatives of Kazakhstan, Kyrgyz Republic, Tajikistan, Uzbekistan and Turkmenistan. India and the Central Asian countries were also unanimous in their view that Afghanistan must not be allowed to become a safe haven for terror groups.

There is no doubt that unrest in Afghanistan, which has been under the Taliban’s chaotic rule since August last year, threatens the security and stability of the entire region. The mention of proxies and cross-border terrorism underlines New Delhi’s increasing concern over the activities of Pakistan-based terror groups such as Jaish-e-Mohammed and Lashkar-e-Taiba, which are using Afghan soil for their nefarious purposes and have been fomenting trouble in Kashmir and other parts of India as well over the years. Though Pakistan is no longer on the grey list of the Financial Action Task Force, the global terror financing watchdog, it has repeatedly fallen short of taking credible action against terrorism emanating from its soil.

During the ‘No Money for Terror’ Ministerial Conference on Counter-Terrorism Financing, held in New Delhi last month ahead of the 14th anniversary of the 26/11 Mumbai terror attacks, PM Modi had said — in an obvious reference to Pakistan — that certain countries supported terrorism as part of their foreign policy. Being among the nations worst hit by terror, India needs to go all out to expose China-backed Pakistan’s dubious approach to reining in terrorists. With India set to resume work on stalled projects in Afghanistan, the Taliban rulers — who are still awaiting international legitimacy for their government — must see through Pakistan’s designs and crack down on cross-border terrorism. As the G20 president, New Delhi should optimally utilise this multilateral platform to up the ante against nations aiding and abetting terrorism.