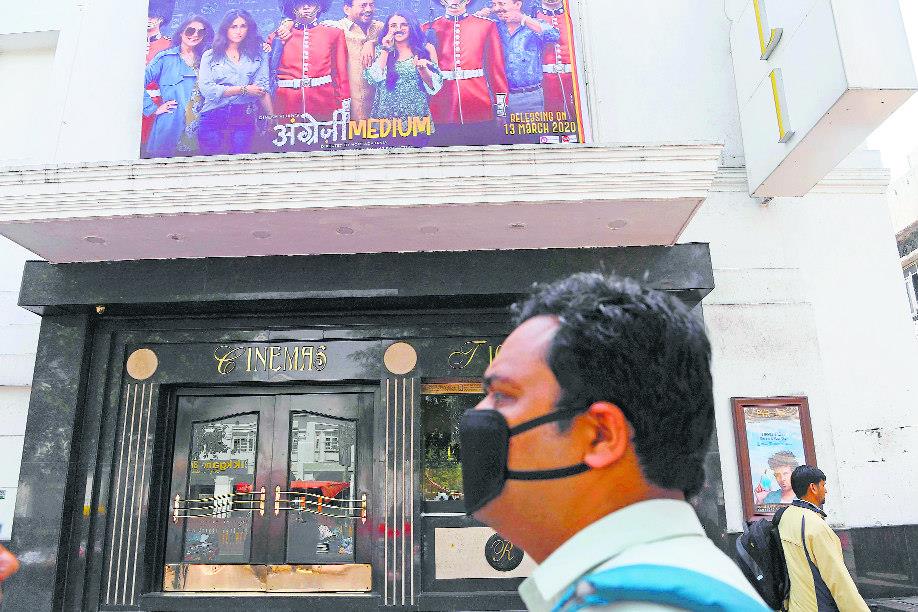 A tiny, tiny bug that escaped from a big, big country has been rattling the world, and we do not know the kind of disaster the virus may cause. We all know the Spanish flu killed 50 million in 1918-19, and in 1665, the Great Plague of London wiped out half the population. But this is the 21st century, and yet we seem to be far away from preventing/fighting such catastrophes.

One economic activity that has been severely hit is cinema. One of the saddest things to have happened is the cancellation of the Red Sea International Film Festival — which was to have begun on March 12 in the historic city of Jeddah in Saudi Arabia. It was to have been the inaugural edition in a kingdom where all forms of entertainment were banned for 40 years. It was only in 2018 that Riyadh opened its movies, building tens of theatres and infusing a sense of joy. But the Festival could not risk hundreds congregating, and will be held at a later date. We have no idea that it would.

What is a greater blow is the uncertainty over the queen of all film festivals at Cannes on the sun-soaked French Riviera. It is set to begin on May 12, but with 60 million men, women and children locked down in Italy, bordering France, Cannes must be biting its nails in nervousness.

Already, MipTV, to be held at the end of April at the same venue in Cannes, has been cancelled, and France has since then banned gatherings of more than 1,000 people to check the infection. The Cannes Film Festival attracts about 40,000 people.

In the history of the Festival, there have been cancellations before. Cannes, which began in 1939, had to draw its curtains two days later after screening just one film, The Hunchback of Notre Dame, because Hitler’s army marched into Poland, signalling the start of World War II. Cannes could only reopen after the war in 1947, and in 1968, there was one more closure when French workers and students began a violent protest.

It is not just festivals (like Fribourg, Beijing and so on) that have been cancelled, movie schedules have also gone haywire. The long delay in the release of the James Bond adventure, No Time to Die, was the first big casualty of Hollywood. Sony Pictures followed by announcing that Peter Rabbit 2 would be pushed to an August 7 opening.

With just about every theatre in China, Italy and elsewhere closed, it makes no sense to release big-ticket films. In India, things are beginning to hot up. Akshay Kumar’s Sooryavanshi, scheduled to open on March 24, has been put off. With cinemas shut in various states, releasing movies may not be the smartest of moves.

It is about time that cinema plays smart. China has begun releasing movies online. India can well do that, and even some major festivals can send links of official entries to all those accredited. Maybe it is now time for streaming giants to snap the moment, and, yes, for producers to go along.

The writer is a commentator, critic