AbRam Khan turns 9 on May 27. Mother Gauri Khan and sister Suhana Khan wish him with a special video and photo 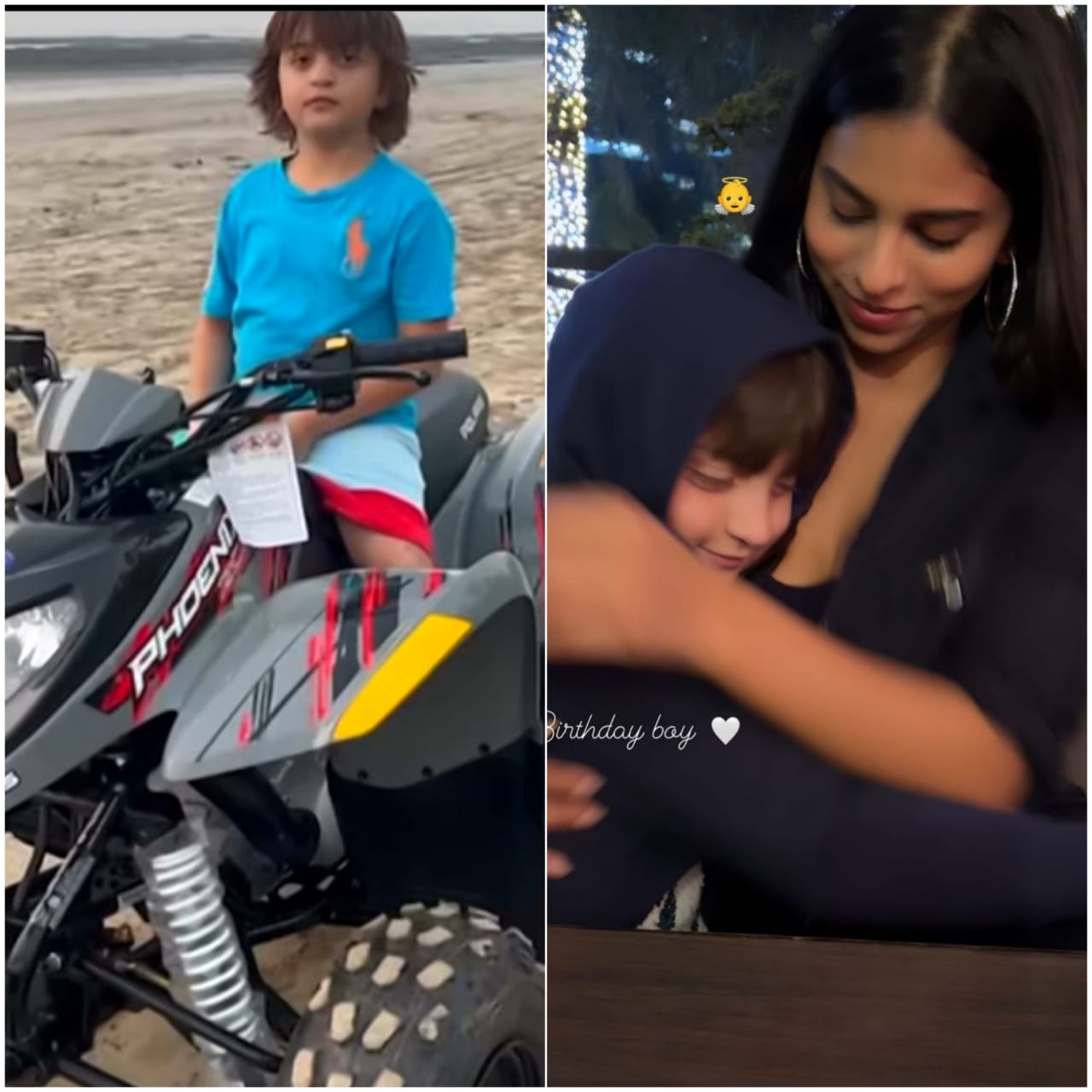 It’s Shah Rukh Khan and Gauri Khan’s son AbRam Khan’s birthday today, May 27. On this special day, Gauri Khan wished her youngest child AbRam with his never-seen-before video where the little one is posing on a beach buggy. Wearing a blue t-shirt and shorts, he shakes his hair in a style that reminds fans of Shah Rukh Khan. Shah Rukh Khan has scenes in Baazigar and Kuch Kuch Hota Hai where is does the same move.

Check out the cute video:

Sister Suhana Khan too shared a brand new picture with AbRam. Looking cute in a hoodie, the little boy is reaching out Suhana for a hug.

AbRam Khan turned 9 on Friday, May 27. The youngest of three children of Shah Rukh Khan and Gauri Khan, he was born via surrogacy.

Meanwhile, this day got extra special for the family as Shah Rukh and Gauri’s elder son Aryan Khan got a clean chit in last year’s ‘drugs-on-cruise’ case. Last year in October, Aryan Khan awas arrested by the NCB’s Mumbai zonal office in connection with the seizure of banned drugs. He even spent 22 days in jail.

On May 27, Officials in the NCB’s Special Investigation Team (SIT), who filed a chargesheet giving a clean chit to Aryan Khan and five other.

Officials in the NCB’s Special Investigation Team (SIT), who filed the chargesheet, said Aryan Khan and five others had not been named due to “lack of sufficient evidence”.

According to the officials, the key findings of the SIT included that Aryan Khan was never in possession of drugs. Hence, there was no need to take his phone and check his chats. The chats did not suggest Khan was part of any international syndicate.