Kiara Advani’s plan is to ‘marry Sidharth Malhotra with Alia Bhatt in her bride squad’ : The Tribune India 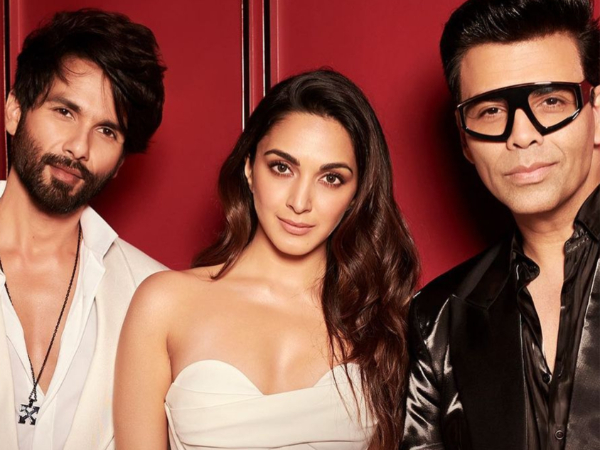 Karan Johar prepared a bunch of saucy questions for the 'Kabir Singh' duo - Shahid and Kiara, as they appeared in the eighth episode of the show on Thursday. He made sure he got both of them to be fun and chatty about their personal lives, relationships, and funny encounters in life! Kiara and Shahid did open up a lot about their personal lives and the show, was, overall, quite an entertaining watch.

One fun bit from Kiara's rapid-fire, however, has been one of the highlights of the fun episode. In the rapid-fire round, Karan asked Kiara which celebrity would she love to have in her bride squad, and Kiara, very fondly answered, "Alia Bhatt".

It's important to highlight here that Sidharth and Alia were rumoured to be dating while they were shooting for their film 'Kapoor and Sons'.

Karan and Shahid kept pulling her leg by saying that going by the way Kiara is talking, maybe she's ready for marrying Sidharth Malhotra.

Kiara and Sidharth sparked relationship rumours while they were shooting for their movie 'Shershaah'. The couple has been spotted together by paparazzi on various occasions ever since.

Meanwhile, on the work front, Sidharth will be next seen in 'Thank God,' alongside Ajay Devgn and Rakul Preet Singh, which is slated to release on the occasion of Diwali 2022.

He will be also seen in an action thriller 'Yodha' opposite Disha Patani and Raashi Khanna and in 'Mission Majnu' alongside south actor Rashmika Mandanna.

Kiara, on the other hand, will be next seen in 'Govinda Naam Mera' alongside Vicky Kaushal and Bhumi Pednekar and in 'Satyaprem Ki Katha' along with Kartik Aaryan.