Shehnaaz Gill becomes the target for trolls in the latest video 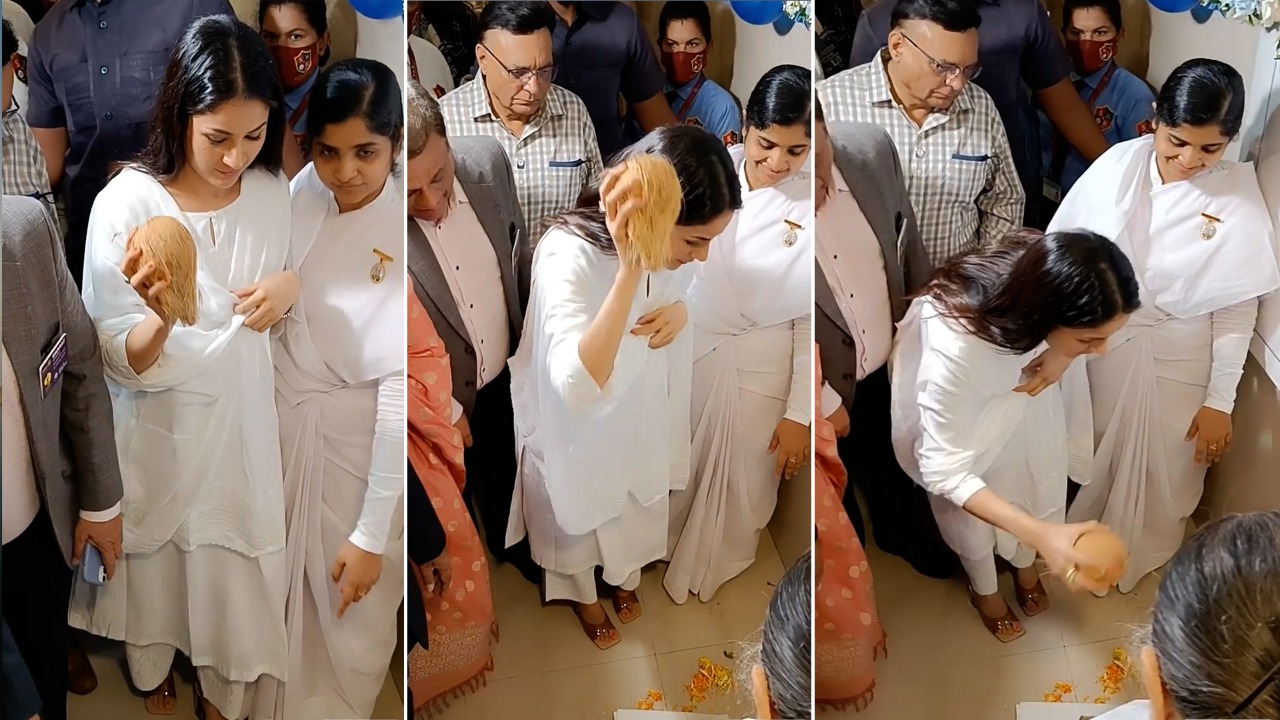 Netizens are upset that Shehnaaz Gill performed the ritual while wearing footwear. Instagram/instantbollywood

Shehnaaz Gill has been following Brahma Kumaris since the death of her rumoured boyfriend Sidharth Shukla. Ever since then, Shehnaaz has been often spotted at the Brahma Kumaris organisation and of late has even been attending their public events. On Sunday, May 29, Shehnaaz inaugurated an operation theatre at one of the Brahma Kumari’s hospitals in Mumbai. She performed the ritual of breaking a coconut on the occasion, where she forgot to take off her footwear. Dressed in an all-white salwar-kameez, she kept her look simple and makeup minimal.

Some even commented on the way she tried to break the coconut. An Instagram user commented, “Itna drama kyu 🙄🙄🙄🙄,ek nariyal nhi forne aata hai keval nautanki karva lo”, another said, “Unnecessary she is getting so much hype for no reason , also the way she threw the coconut, it cud have hurt the lady standing next to her”, a third wrote, “Tameez toh dekho inki nariyal fodna nahi ataa bs nautanki krni ati hai publicity ke liye”, “She’s nt breaking d coconut rather she’s throwing it. Good fr nothing. Unnecessarily getting so much publicity. Salman se judkar,” said another user.

There were many hate comments on the actress.

Meanwhile, Shehnaaz is busy with her Bollywood debut in Salman Khan’s Kabhi Eid Kabhi Diwali. Reports are that she has begun shooting for the film and will be paired opposite Jassie Gill, who has replaced Aayush Sharma in the film.