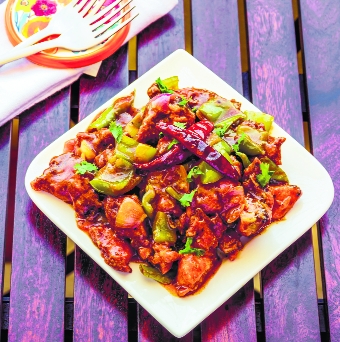 There was a time, before the ‘unarmed’ but fatal clashes between the Chinese and Indian troops in icy wilderness of the Himalayan borderland, when the word ‘Chindian’ evoked visions of droolworthy fusion delicacies. Truth be told, there wasn’t any real connection between original recipes (what is consumed in different provinces of China) and what have been adapted here to regional palates. From gobhi manchurian to chilli paneer and chilli potatoes and local renderings of sweet ’n’ sour fish and chicken and assorted noodles, the improvised version scored over the authentic. However, this hasn’t stopped the patriotic foodies from eschewing the Chinese fare.

When the temptation becomes irresistible, they lapse a little and cater to the craving by gorging on momos, instead of dumplings and Tibetan thukpa, substituted for myriad soups fortified with noodles and assorted meats. A well-travelled friend has tried to persuade us that chopsuey is an American creation. But what really took our breath away was the daring effort of a beloved host to pass off good-old chilli chicken in a new garb, renaming it murg subz bahar!

What, at first, appeared to be brazen, won us over as the meal progressed. For one, the chilli had been almost eliminated, the vegetable contingent was more prominent than the chicken and though the presence of dark soya sauce couldn’t be missed, the marination of the murg had distinct desi identity. What’s in a name they say — make no mistake, in this case, it’s everything. Rustle up this stress-free delicacy and enjoy it guilt-free.