Soon after he took over command of No. 37 Squadron (Black Panthers) at Hasimara (an airbase in North Bengal) in April 1971, Wing Commander Swaroop Krishna ‘Suppi’ Kaul (later the Chief of Air Staff) was asked by the Senior Air Staff Officer in Eastern Air Command, Air Vice Marshal Devasher, to explore the possibility of modifying the Hunter Mk 56s to carry photo-recce pods. This was considered a key operational requirement to create a mosaic of ground deployments of the Pakistan army in East Pakistan. Soon after, the Black Panthers were chosen for this additional role since Suppi had a lot of experience in Fighter Reconnaissance (FR) with cameras on Vampires.

Accordingly, from May-June 1971, around six fighter aircraft and a trainer of the squadron were modified with Vinten cameras, two side-looking F-95 cameras and a forward-looking one, the F-135, in the nose. As soon as the trainer was ready, Suppi trained a few pilots in this role. Harish Masand, a young Flying Officer, was among these pilots and emerged as Suppi’s near-permanent wingman from then on till the end of the war, collecting a Vir Chakra for his own individual exploit of shooting down a Sabre on the first day of the war on December 4 in a chaotic dogfight and melee over Dacca.

By October 1971, Suppi and Harish were doing FR missions inside East Pakistan photographing areas/targets of interest. That is when Harish gathered how good Suppi was in low-level navigation. As his wingman, Harish’s job was to keep abreast of him around 2,000 yards and keep the tail of the formation clear while they navigated to the target, and then let the cameras roll from both aircraft when he called. Almost from the first such mission over hostile territory, Harish realised that he didn’t ever have to look at the map: if a check point was to be crossed at 7 minutes and 50 seconds, he just had to glance at the ground at that time and the check point would be right there where it was supposed to be. Due to Suppi’s accurate navigation and gentle corrections in course/speed in total radio silence, Harish could devote a major portion of his attention to scanning the skies around and behind for any enemy threat. That is how he spotted two Sabres well in time on the very first mission on December 4, 1971, and that is a story that Harish has narrated earlier.

Suppi and Harish did some nine FR missions before the war, the last one being as late as December 2 over Comilla and Lalmai Hills for 4 Corps. Taking off from Gauhati, they landed in Kumbhigram around noon because they did not have the gas to get back. The photo section in Kumbhigram developed the films, 6,000 frames between the two of them, after which Suppi and Harish stayed up till two in the morning, looking at the photos and marking out gun positions, troop concentration and the defensive works on each frame with a Chinagraph pencil, since there was no photo interpreter available there and the intelligence was required urgently by the Army. The films were sent off to the 4 Corps headquarters in Teliamura the following morning (December 3) before they flew back to Hasimara to get into the war the very next day. 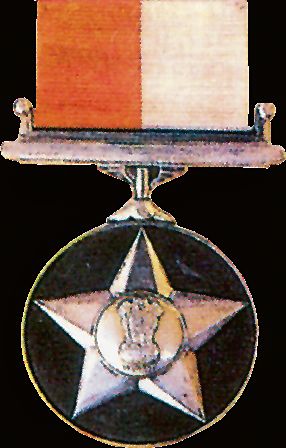 Suppi flew several strike missions during the war, including the mission that struck the Governor’s House in Dacca on December 14, but his risk-taking and leadership qualities emerged on Day One itself. Harish recounts that mission with clarity. “We were to launch the first raid of four Hunters on Tezgaon airfield on December 4, call sign Mission 501, Time Over Target of 0705 IST/0735 East Pakistan Time. The formation comprised Suppi in the lead, Billoo Sengar as his wingman, Mascarenhas as number 3 and me as number 4. Suppi’s aircraft did not start so he jumped into the standby aircraft. Mascy’s aircraft went unserviceable so we took off as three aircraft. After take-off, my landing gear refused to go up and I started trailing the lead section of Suppi and Billoo for quite some time till I finally decided to use the emergency override switch and get the gear up and catch up. While I was having this problem, Suppi could have easily aborted the mission since two of the four aircraft had fallen out, but he continued, displaying his courage and dedication to the task given to him. Fortunately, we finally went in as three aircraft since we were bounced by two F-86 Sabres about two minutes short of target and had to engage them in combat.”

Harish continued, “Throughout the war and the many missions we did together, Suppi was cool and did not ever flinch from facing the heavy anti-aircraft fire over Dacca or the threat of enemy Sabres during the initial days of the conflict. He was also open to suggestions from youngsters like me on the planning of missions and attacks, which resulted in great team effort for more effective attacks with minimum losses. Due to adaptation of different attack patterns through such open discussions between us, we survived the war without a scratch at least when we were together, even in the attacks on Governor’s House in Dacca on December 14 and the university area on the 15th wherein the anti-aircraft fire was dense.

“Suppi was also a compassionate human being during the war and cared about his subordinates, officers or men. I personally experienced how he handled the loss of my younger brother, a paratrooper, during the war when the unfortunate news came to him on December 10. Slowly, and very gently, he broke the bad news to me and told me to get drunk that night and take the next day off, an offer that I firmly declined.”

Wing Commander Kaul was awarded the Maha Vir Chakra for leading his squadron into battle and as per the citation, “His reconnaissance flights over Tezgaon and Kurmitola airfields, in the face of the most sustained and heavy enemy ground fire, stand out as acts of heroism, extreme gallantry and devotion to duty.”

Modest and gracious as ever, Air Chief Marshal Swaroop Krishna Kaul attributes the performance of the squadron to exemplary teamwork and esprit-de-corps.