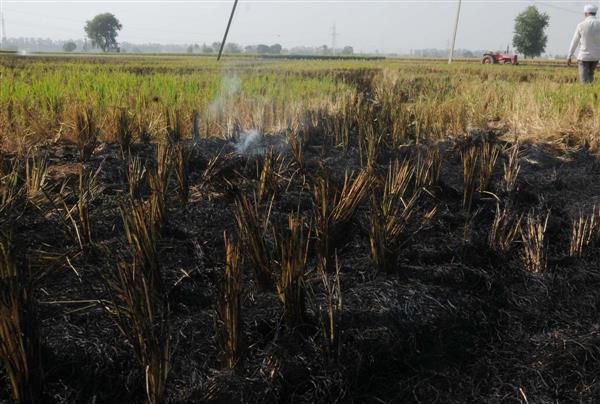 The number of total fire locations has gone up to 1,569 from September 25 to October 15 in the state.

There is no let-up in the burning of crop residue cases in Haryana. The state government’s efforts in this regard seem to having little impact.

Data recorded by the Haryana Space Applications Centre (HARSAC) shows the state witnessed 120 fresh active fire locations on Wednesday, taking the number of the total fire locations to 1,569 from September 25 to October 15.

Farmers of Karnal, Kurukshetra, Kaithal and Ambala are among the top violators, said the data. On Wednesday, the HARSAC reported 25 active fire locations in Karnal, 24 in Kurukshetra, 16 in Ambala and 15 in Kaithal district.

SK Arora, Regional Officer of Haryana State Pollution Control Board (HSPCB), said that stubble burning is a main reason for pollution. “I have conducted a meeting of officials to expedite the checking of stubble burning in the fields. We, with the help of other departments, are making farmers aware not to burn stubble, but to manage it for profit,” he added.