The farmers were from Bathinda and Sangrur in Punjab, and Jind and Sonepat in Haryana; cause of death is reported to be a cardiac arrest 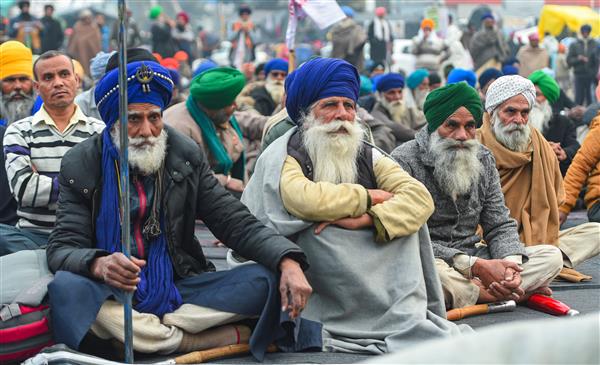 Farmers during the ongoing protest against the new farm laws, at Singhu Border in New Delhi, on Saturday. PTI Photo

The two farmers were from Bathinda (Punjab) and Jind (Haryana).

The deceased have been identified as 45-year-old Kulbeer of Gangana village (Sonepat) and 45-year-old Shamsher Singh of Lidhra village of Sangrur district (Punjab).

The cause of death for all four is reported to be a cardiac arrest.

The dead bodies of the farmers have been sent to a mortuary at Sonepat.

As many as 13 protesters have, so far, have lost their lives during the ongoing farmers’ protest at Tikri. Of those 13, a total of 11 have died due to cardiac arrest.

So far, a total of 50 farmers have died while protesting against the farm laws on the Delhi borders.

In the first 15 days the protest at Delhi, as many as 15 farmers died either owing to the cold weather conditions or accidents.

Since then, the number of casualties has been continuously increasing.

As per a list released by the Sanjyutka Kisan Morcha on December 16, a total of 30 farmers have died during the protest against the three farm laws. Since then, as many as 20 more succumbed to either accidents or health issues.

The 32 farmer organisations had given the ‘Delhi Chalo’ call for November 26 and 27. Following a massive response from Punjab, a large number of farmers from other parts of the country also reached the capital borders.