Express inability to switch over to cleaner fuel 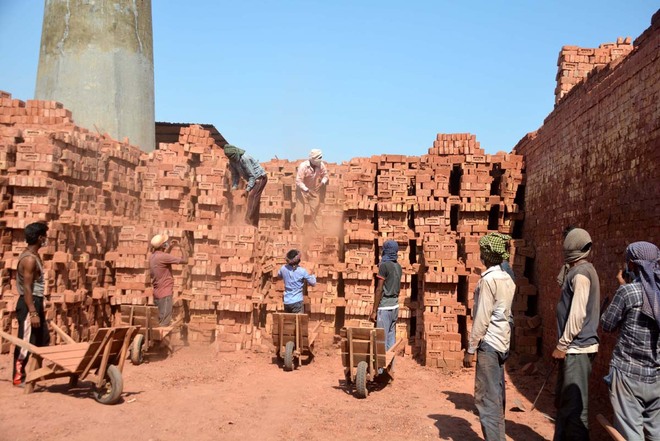 The association of the brick- kilns has written a letter to the state government seeking relief to ensure the survival of the industry.

The operation period of the brick-kilns based on coal fire energy and zigzag technology has been limited to three months a year in the NCR in view of their inability to switch over to cleaner fuel such as PNG. At present, there are 220 kilns in Faridabad and Palwal.

“It is not possible to switch over to PNG in the wake of unavailability of gas supply and technology,” said a spokesperson for the association. He said the brick-kilns that required temperature up to 1,200°C were not supported by the PNG, whose maximum temperature was lower. The temperature required was variable and no technology was available till now, he said, adding that Rs 50 lakh had already been spent for switching over to the zigzag method from the traditional fixed chimney bull’s trench (FCBT) made mandatory in 2018.

“Besides technological hurdles, laying a gas pipeline to kilns is an arduous task. The government should either contest the NGT order or provide the technology,’’ says Pradeep Gupta of the association.

Earlier in February, the NGT had said that coal-fired brick -kilns could not be allowed to operate in the NCR even if the zigzag technology is used and improved procedures are followed during “severe” pollution. Unless there was a change to a cleaner fuel (PNG), brick-kilns beyond the number specified could not be allowed in the NCR, the green panel had said.

Smita Kanodia and Vijay Chaudhary, regional officer, PCB, Faridabad and Palwal, respectively, said the operation of the number of kilns would soon be decided on the basis of carrying capacity (production and demand). The prices of bricks had increased to Rs 5,000 per thousand from Rs 4,500 last year.