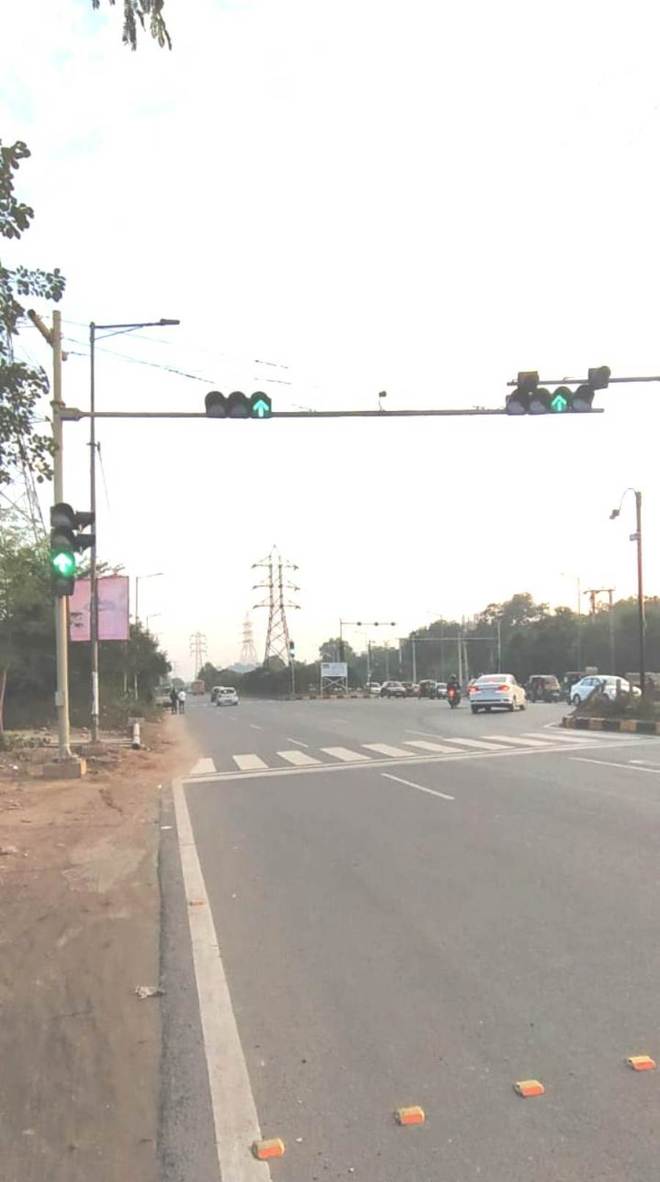 A CCTV camera installed at an intersection in Faridabad city.

The traffic police, which has taken over the control of the Integrated Command Control Centre (ICCC) set up under the Smart City project, has issued as many as 563 postal challans in the past two months here.

The traffic violations have been captured in the CCTV cameras installed under the project. To date, the police have been issuing challans manually and after intercepting the offenders on roads.

It’s the first time that CCTV cameras have been used to detect the traffic rules violations. The facility is not only meant to regulate traffic, but will also be helpful in keeping a tab on crime and related activities

Revealing that as many as 700 cameras have already been installed at 71 intersections under the project, a spokesperson of Faridabad Smart City Limited (FSCL) said these had come in handy for the traffic police in detecting violations and issuing postal challans. He said these cameras were part of the Red Light Violation Detection (RLVD) system installed at various points. Theses cameras are monitored through the ICCC in Sector 20.

“The RLVD system captures the vehicles violating red lights with the images of number plates and generates an alert, which is passed on to traffic police control room,” he said, adding that a total of 1,600 cameras were proposed to be installed in the next six months. The traffic police issue challan after identifying the vehicle registration number online for such violations, it is added.

DCP (Traffic) Rajesh Duggal held a meeting with the officials of the ICCC here on Tuesday. Challans are being sent to the offenders through the postal system for red light jumping, no seat belt, wrong side driving and no helmet violations, etc.