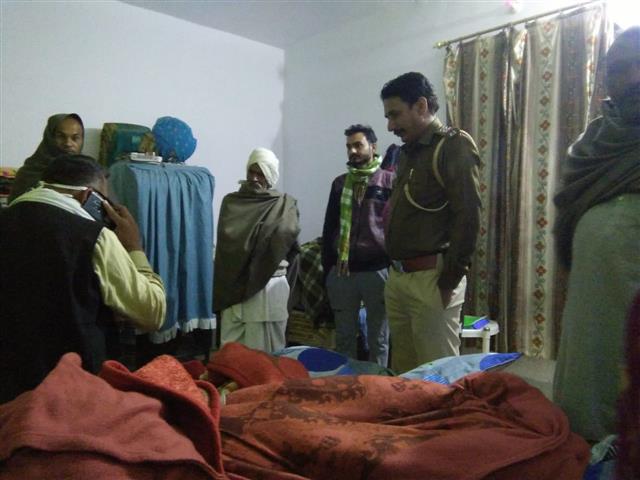 As the Haryana police personnel raided the houses of dozens of farmers’ rights activists associated with different organisations across the state in the wee hours of Tuesday, they did not spare even the people’s elected representatives.

CPM leader Comrade Ram Chander Shahnal, a member of the Fatehabad Zila Parishad, who is also the president of the district unit of the Khet Mazdoor Union, is among the farmers’ leaders picked up by the police.

Talking to The Tribune, Shahnal’s wife Veena recounted the tale of the highhandedness of the police personnel “led by an officer with three stars on his uniform” who swooped down on their house in Shahnal village of Ratia block in Fatehabad district.

“Our doorbell rang around 1.30 a.m. As we opened the door, several police officials, some wearing uniform and others in civil dress, barged in. They asked my husband about the plan to participate in the ‘Delhi Chalo’ protest demonstration. He said he would participate, after which they took him away forcibly,” said Veena.

She stated that she called up several fellow-villagers, who immediately came to their house and opposed the arrest of her husband.

“My husband also requested the police officers that he was not well and would come to their office in the morning, but the policemen did not listen to us. After heated arguments for nearly two hours, they took him away forcibly. If this can happen to an elected representative, the plight of the common man can be well imagined,” said Veena.

Sandeep, son of All-India Kisan Sabha’s Rohtak unit president Preet Singh, also told The Tribune that a group of police personnel who came in a Sumo vehicle knocked at the door of their house in Bhambhewa village around 2 a.m.

“They asked for my father, but we did not open the door. I told them that my father had tested positive for Covid, but they kept on insisting that we let them in. Eventually, they went away. A police official later called me and asked for the Covid test report of my father, which I refused to furnish,” maintained Sandeep.