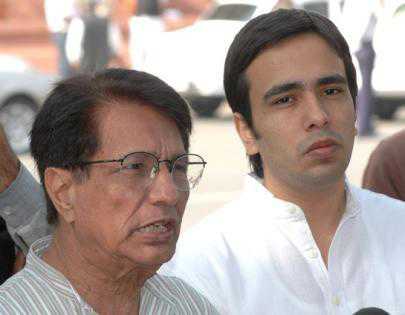 Singh, a prominent farmer leader and the son of former prime minister Chaudhary Charan Singh, was diagnosed positive for COVID-19 on April 20, the family said in a statement.

“Chaudhary Ajit Singh ji was diagnosed as COVID+ on the 20th April. He battled his condition till the very end and breathed his last today morning, the 6th of May, 2021,” his son Jayant Chaudhary tweeted.

A message posted by Jayant Chaudhary on behalf of the family said, “Throughout his life journey, Chaudhary Sahib was loved and respected by many. He, in turn cherished this bond with all of you and gave his best consideration and efforts for your welfare”.

“As our Nation confronts the horrific pandemic, it is our humble request to all those who wish to pay their respects, to please stay at home as far as possible. We must observe all safety protocols to keep ourselves and everyone around us healthy and safe. This would be the best way to honour Chaudhary Sahib as well as all those COVID warriors who are working night and day to protect us,” he said.

“We pray for solace for all those families that have been ravaged by this brutal disease,” the message stated.

Sorry to learn of the passing away of former Union Minister and RLD Chief Ajit Singh Ji due to #Covid19. I convey my deep condolences to his family and supporters in this hour of grief. May God grant him peace.

Sources said that Singh was admitted to a private hospital in Gurgaon on the evening of April 20 soon after he was diagnosed with coronavirus where he took his last breath on Thursday due to “multiple organ failure”.

His granddaughter was also detected with the infection at the same time but she has recovered now, the sources said.

In view of the ongoing pandemic, the last rites would be held in Delhi itself in compliance with all COVID-19 protocols, which, among others, restricts the number of people gathering for a funeral, they added.

Born on February 12, 1939, Singh studied at Lucknow University, IIT Kharagpur and the Illinois Institute of Technology in the US’s Chicago. He was a computer scientist by profession and worked for 15 years in the US.

Singh took his first dive into active politics in the 1980s and entered Parliament through Rajya Sabha in 1986.

He was a six-time parliamentarian and served as a union minister on multiple occasions, the first being Minister for Industry in 1989 in the National Front government and the last being Civil Aviation Minister from 2011 in the UPA government.

Singh was once considered among the tallest leaders in north India with his regional RLD party holding influence in western Uttar Pradesh. His dominance as a Jat leader continued in the region to this date even as his party suffered a setback in the 2017 state elections and 2019 general polls.