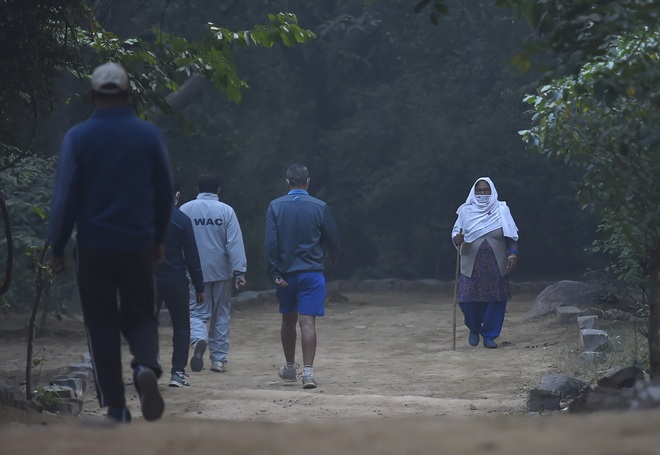 Out to ensure vigilance and security in every nook and corner, the Gurugram Municipal Corporation has decided to set up its own CCTV network across the city with a separate control room. The decision was taken at the House meeting today where the councillors highlighted that the cameras installed by the GMDA were just restricted to traffic intersections and were useful in dealing with traffic violations.

A majority of households in the city today are empty nests and the pandemic has restricted socialising options for senior citizens. There are people who have been confined to homes since over a year and now have nowhere to go. We wish to make the city more inclusive and senior citizens need their own kind of infrastructure — Madhu Azad, Mayor

To deal with illegal garbage dumping

According to the House, the cameras, will also help in dealing with issues like illegal garbage dumping, garbage burning and progress of civic projects.

“There are repeated complaints of snatchings, vehicle thefts, burglaries and security concerns of senior citizens. The lanes are also not safe now and there has been a constant demand of vigilance across the city, especially in areas like Sadar Bazar and other parts of Gurugram. We will get in touch with the Gurugram police and set up a separate control room,” said Mayor Madhu Azad.

The cameras, according to the House will also help in dealing with issues like illegal garbage dumping, garbage burning and progress of civic projects .

Setting up of senior citizens’ clubs across the city was among the other projects approved. It is not just to enhance the social infrastructure but also to aid the senior citizens who have been left feeling lonely due to the pandemic.

“A majority of households in the city today are empty nests and the pandemic has restricted socialising options for senior citizens. There are people who have been confined to their homes since over a year and now have nowhere to go. The open parks too are not very secure. We wish to make the city more inclusive and senior citizens need their own kind of infrastructure,” added Azad.

The meeting was relatively peaceful this time. Among other agendas, there was the issue of alleged inaction against erring contractors. The local councillors demanded explanation over no action against C and D treatment plant contractor IL and FS despite being found guilty for ‘illegally subletting’ the entire plant and ‘illegal extortion of money’ in the name of waste collection by its subsidary the Aiyyer Group.

Municipal Commissioner Mukesh Kumar Ahuja said a legal opinion was sought and the contractor had been issued a show-cause notice. “Action will be taken after going through their reply” he informed the House.

One of the key issues that stormed the House was complaints against waste management firm ‘Ecogreen’. The councillors alleged that the company was not only faltering in garbage management leading to sanitation crisis in the city but the people hired by it had now allegedly resorted to violence. It may be noted that it was two days ago that a Dharam colony resident was allegedly thrashed for refusing to pay Rs 100 for garbage collection, which is meant to be free. The councillors alleged that even they were roughed up by the company goons when they objected to their working in wards. The Congress has moved to CM Manohar Lal Khattar highlighting and seeking action against the company.

“So far, they have nothing in terms of treating garbage and badhwari is a live example. I have written to the CM as to how the contractor was made advance payment of crores,” said captain Ajay Singh Yadav, senior Congress leader.