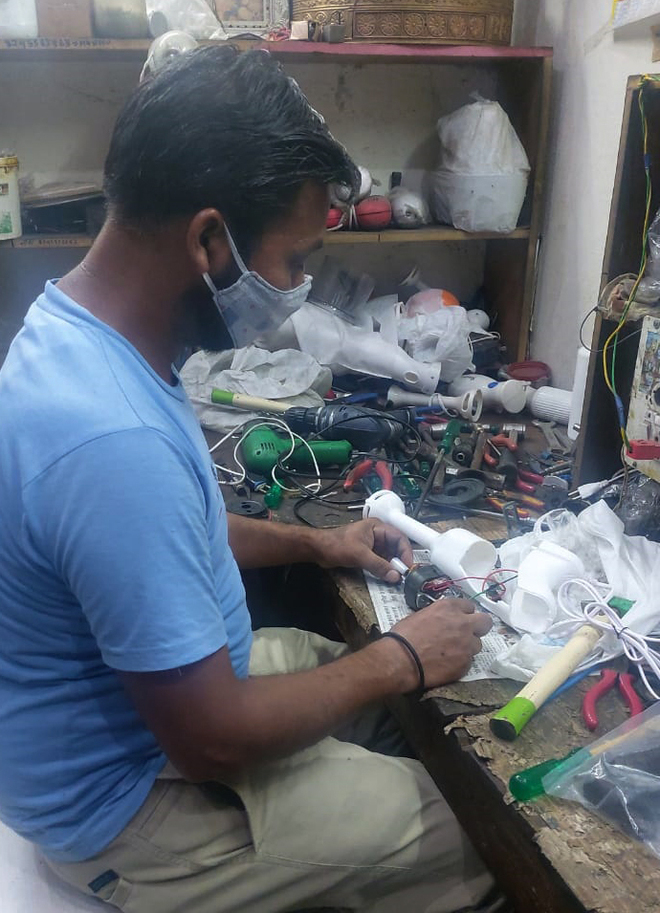 A worker assembles a hand blender at a manufacturing unit.

The manufacturers claim the input cost increased by nearly 40 per cent, following an increase in prices of copper, aluminum, plastic powder and iron sheet.

Ajay Aggarwal, president, Mixi Manufacturers’ Association, said “The average cost of raw material has increased by nearly 40 per cent over the last few months, but the buyers are not ready to place orders on new rates. So, several units have stopped manufacturing, while some are completing their previous orders with reduced manpower. With high input cost and 18 per cent GST, it is hard to compete with Chinese products and big brands. The industry is struggling for survival. We have repeatedly requested the government that the products costing up to Rs 500 should be kept in the 5 per cent GST slab, while those above Rs 500 should be placed in the 12 per cent slab, but to no avail.”

Around 70 units are engaged in manufacturing unbranded kitchen appliances, including mixer, chopper, blender and juicer, and lightweight iron. The industry has a turnover of nearly Rs 10 crore and it provides jobs to nearly 5,000 persons in Ambala.

Mohan Lal Saini, another manufacturer, said, “The local industry failed to switch to new technologies due to high cost of investment and lack of proper guidance. We fail to get big orders due lack of automation. Following poor business, the number of employees is being reduced. The government should pay some attention and make a policy to revive the local industry. Small manufacturers can’t compete with famous brands and several of them are on the verge of shutting down units. If the lockdown gets longer, the situation will further deteriorate.”