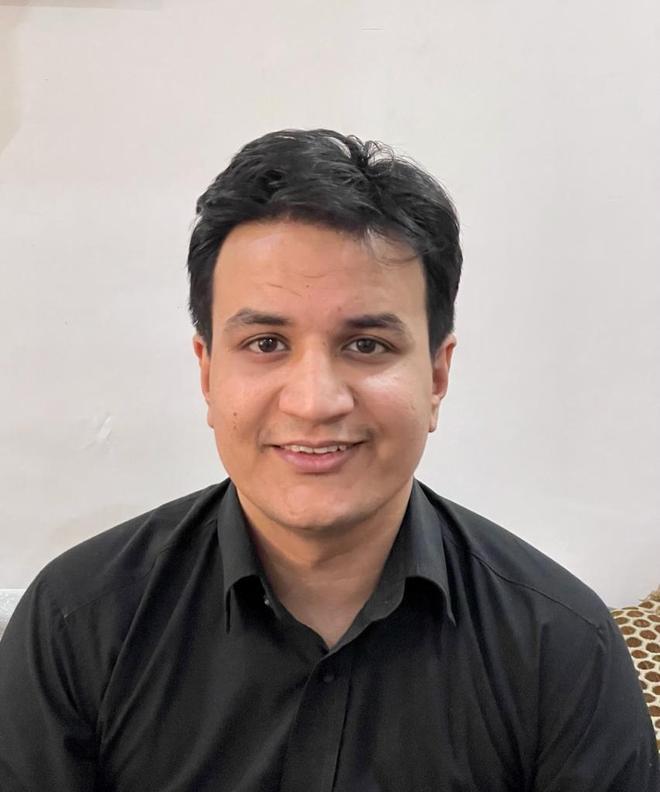 “Perseverance, continuous hard work with self-belief and the support of my family did wonders and made my dream come true”, said Mohit Rawat (27) from Palwal who has made his family proud by achieving third rank in the UPPSC exam the result of which were declared recently.

Mohit is a graduate (B.tech) from IIT, Mandi (Himachal Pradesh). He is perhaps the only candidate from Haryana, who has secured a place in the top 10 list of the exam, conducted in 2020. He said it was his second attempt in the UPPSC and has also cleared the preliminary and the mains exam of the UPSC- 2020 and is due to appear in the final interview on May 28 this year.

Mohit is the son of a retired Deputy Superintendent (Public Health Department) and hails from Bahin village of the district. He said he did not let himself get demoralised after he failed in the first attempt in the UPPSC and two attempts in UPSC exam. He was well placed in a private sector job with an annual package of over Rs 20 lakh soon after his BTech degree in 2015. “Though I continued with the job for two years, I came back and joined the coaching for Civil services in 2017 and ultimately tasted success after three years.’’ He says that he may opt for UPSC if he gets selected in the top 100.

Mohit’s father Jawahar Singh said one could be successful if he/she was not afraid of failure. — TNS