The decision will affect thousands of daily commuters in the state 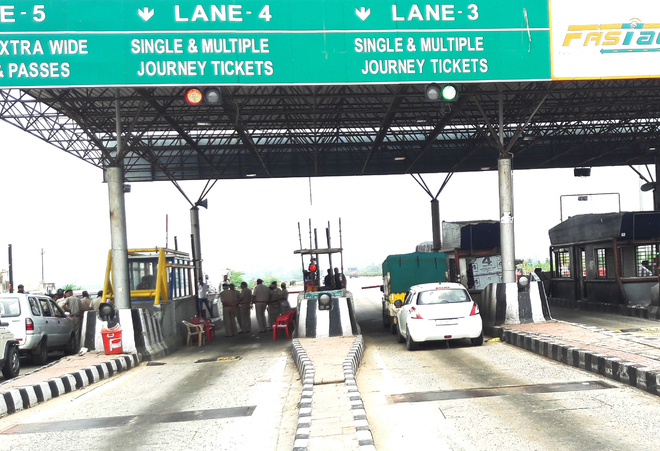 Persons residing within the radius of 20-km of toll plazas, operated by the National Highway Authority of India (NHAI), will now not be able to avail the discount on monthly passes for their commercial and non-commercial vehicles as the state government has discontinued Toll Relief Policy after seven years.

The decision will affect thousands of daily commuters in the state. However, a majority of the toll plazas on the National Highways are, at present, not functional in the state in view of the farmers’ protest against three farm laws.

“The Toll Relief Policy was introduced by the state government in 2014 for one year and the policy was being extended annually ever since. This year, the time period of the policy expired on August 14. Thereafter, the government reconsidered the policy and decided to discontinue it. We have stopped giving discounts to the commuters in monthly passes on receiving a communiqué recently in this respect,” said Bijendra Tiwari, manager, Gangachai Ahir Toll Plaza, in Rewari district.

He maintained that the policy ensured 75 per cent rebate in the monthly passes for non-commercial and 50 percent for commercial vehicles of those people residing within 20-km radius of the toll plazas. Now, they would have to pay full tax for a monthly pass like other commuters. There were a total of 2,600 monthly pass holders at the Dighal toll booth in Jhajjar and Gangaicha Ahir toll plazas in Rewari district, he added.

Notably, Dighal toll plaza is closed as farmers have been camping there, but the Gangaicha Ahir Toll Plaza is still charging tax from the commuters.

Meanwhile, the Toll Hatao Sangharsh Samiti has threatened to launch an agitation campaign against the government if the policy was not restored soon.

“We carried out a long campaign in 2014, forcing the then state government to frame the Toll Relief Policy for providing 75 per cent concession in monthly pass to those residing within a radius of 20-km of the toll plazas. The state had only five toll plazas at that time. Now, the BJP-JJP government has put extra financial burden on the commuters by discontinuing the policy, but this decision is not acceptable at all,” said Virendra Hooda, national president of the samiti. — TNS