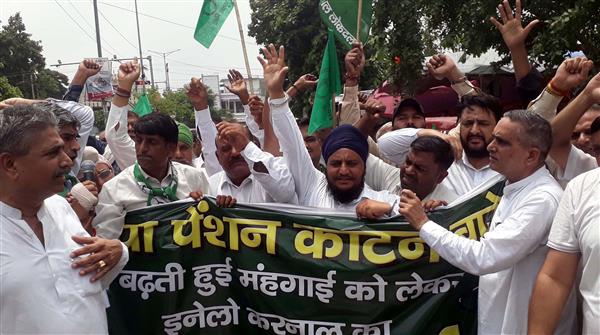 Scores of INLD workers today protested in the city, demanding reinstatement of the old-age pension of those whose pensions were discontinued due to their annual family income being Rs 2 lakh or above.

They handed over a memorandum to the district Social Welfare Officer to press their demand and threatened to launch a state-wide stir if the demand was not met.

He said pensions of around 2.75 lakh aged people were discontinued after this condition. Even those who have no source of income are not getting pension now. “We demand the government to reinstate the old-age pension of those who are not getting it now, otherwise we will protest across the state,” said Jaipal Punia, INLD leader.