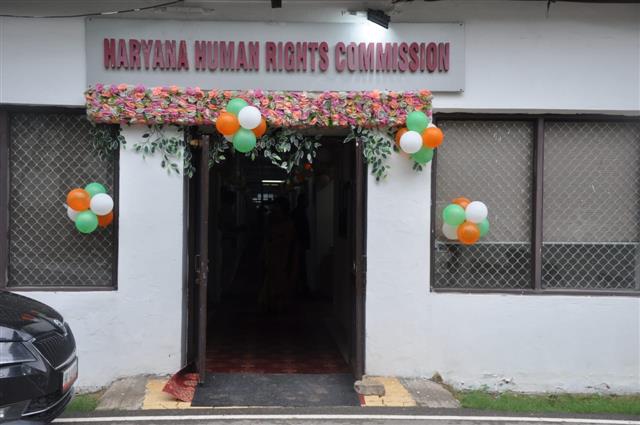 Victim unable to give valid statement

The sad irony of the situation is that the doctor has stated that owing to her mental condition, the victim is unable to give a valid statement. On this account, no identification of the suspected accused could be done. -- Justice KC Puri (retd), HHRC

The victim (55) was admitted to the Government Hospital in Yamunanagar when the incident happened. An FIR in the case was registered on December 27, 2017, against an unknown person.

The HHRC took cognisance of the crime on February 13, 2019, after a complaint was received from the National Human Rights Commission (NHRC), New Delhi.

The forensic examination revealed that the woman was raped. The police had conducted DNA tests on seven suspects, but they didn’t match. A lie detection test also didn’t connect them to the crime.

The HHRC was informed in January this year that in the doctor’s opinion, the victim experienced auditory hallucinations, suffered from loosening of association, disorganised behaviour, and irrelevant and abusive talking.

The Bench, comprising Justice KC Puri (retd) and member Deep Bhatia, observed: “The sad irony of the situation emerged when the doctor opined that due to her mental condition, the victim was unfit to give a valid statement. On this account, no identification of the suspected accused could be done.”

On July 14, ASI Kamla Rani informed the commission that the victim’s kids are married and she could be seen roaming around the village begging for food.

Arriving at the compensation, the commission observed: “It is unfortunate that a poor and disabled woman, who has been raped, is begging in the streets for food.” The commission added that the facts available on record suggested that there could be involvement of more than one person in the rape of “the poor wrenched lady”.

“…under Section 18(a)(i) of the Protection of Human Rights Act, 1993, the commission deems it proper and appropriate to grant a compensation of Rs 10 lakh to the dependent(s) of the victim,” said the order dated September 15.

The Additional Chief Secretary of the Home Department has been asked to comply with the order within three months.

The commission requested the District Legal Services Authority of Yamunanagar to contact the legal heirs of the victim and initiate the proceedings for the appointment of a guardian. Till a guardian is appointed, compensation will remain deposited in a fixed deposit account of the victim.

The commission has also directed the Director General of Police, Haryana, not to close the case and continue “to nab the real accused” involved in the crime.