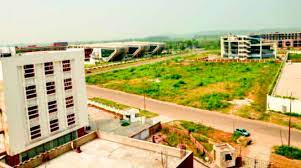 ‘IT IS A BID TO DIVERT ATTENTION FROM ISSUES’

The PMDA is nothing but a way to divert the attention of people from issues in city. It will create confusion.

While leaders of the ruling party claimed that it would help in boosting the development, the Opposition claimed that it was nothing but a gimmick to divert the attention of residents from various issues in the city.

BB Singal, senior BJP leader and a member of the Haryana State Pharmacy Council, said the announcement made by the Chief Minister was a historic step and a long-pending demand of the city.

He said with the PMDA, almost all departments, including the MC, HUDA, HSIIDC, UHBVN and horticulture, would come under an umbrella and the decision making would be easier.

Setting up of the PMDA will help in completing development works in the district on time. It is a good decision; the previous governments had ignored Panchkula.

Singal said with the setting up of the PMDA, the rates of the CLU (change of land use) would be reduced to one third — on a par with the rates in Mohali and Zirakpur. He said the EDC funds that earlier went to the state government would now be received by the PMDA and used towards the development projects in the city.

However, former Mayor Upinder Kaur Ahluwalia said the PMDA was nothing but a way to divert the attention of people from issues in the city. She said the Deputy Commissioner, Mayor and other officials of various departments, who are members of the PMDA, were already present to take decisions regarding the development of the city. She said setting up of the PMDA would just create confusion.

Welcoming the move, SK Nayar, president, Citizens’ Welfare Association, Panchkula, said setting up of the PMDA would help in completing the development works of the district timely. He said it was a good decision and the previous governments had ignored Panchkula.

Subhash Papneja, president, Residents’ Welfare Association, Sector 16, said the government made several announcements, but everything remained on papers. He said a government medical college, Sanskrit college, Ayurvedic college and Sainik school were some of the announcements made by the government, but nothing has been done so far. He said the pace of development was very slow and hoped that setting up of the PMDA would boost the development works in the city.