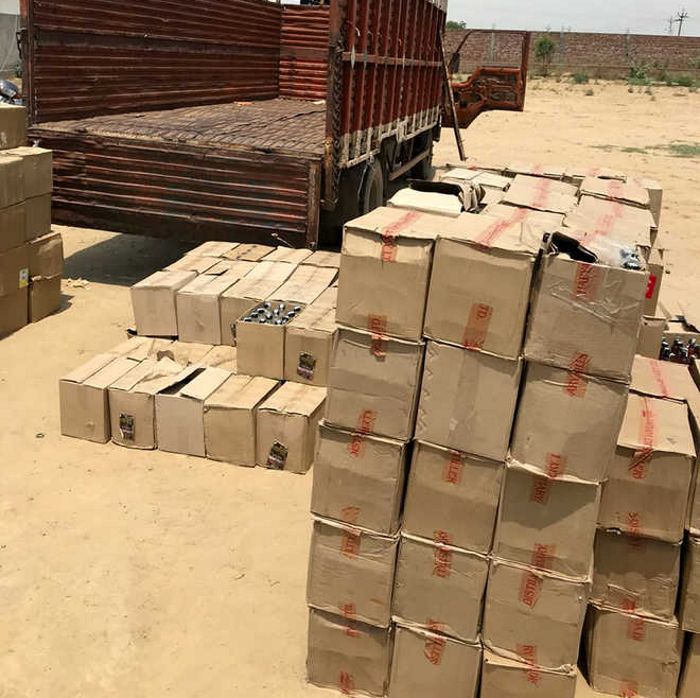 The Excise and Taxation Department detected a shortfall of 7.4 lakh liquor boxes in Sonepat district at two L-13 godowns (warehouses for country-made liquor), owned by contractors in Murthal and Sonepat city. The department imposed a penalty of Rs 40 crore on both contractors. One of them has deposited Rs 12 crore to the department so far.

No record oF where stock was sold

Both contractors failed to produce record of where the huge quantity of liquor was sold. In the new case, the department caught a shortfall of 2.4 lakh boxes in stock of a liquor contractor who owned an L-13 godown in Sonepat city. Earlier, the department had detected a shortfall of five lakh boxes in the stock of the liquor contractor who owned the L-13 godown in Murthal.

The new case came to the fore after a special inspection of the L-13 godown near Agrasen Chowk here. Ashutosh Rajan, Collector and Joint Commissioner, Excise and Taxation Department, imposed a penalty of Rs 12 crore on the contractor.

A letter has been sent to the Tehsildar, Gohana, to attach his property while the PAN number and bank accounts of the contractor have been freezed, said Rajan.

Neel Ratan, Deputy Excise and Taxation Commissioner (DETC), Sonepat, said the licence of the contractor had been cancelled and the godown sealed. Besides, there was a proposal to cancel two other retail licences of the contractor — for L-2 (a retail shop for Indian Manufactured Foreign Liquor) and L-14A (a retail shop for selling country-made liquor).

All excise inspectors have been directed to conduct inspection of stock of all six godowns, including three of L-1 (warehouse for Indian Manufactured Foreign Liquor) and three of L-13 (warehouse for country-made liquor) in the district, Ratan said.

Earlier, the collector had imposed a penalty of Rs 28 crore on the liquor contractor at Murthal. The contractor has deposited Rs 12 crore so far out of the total penalty.