Says the Congress chief has promised to be neutral 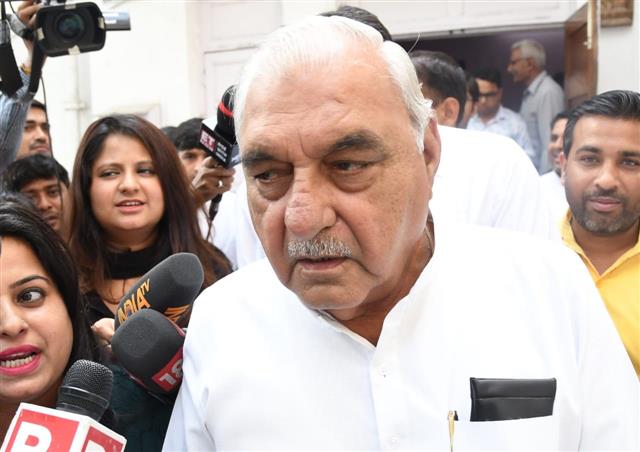 The race for the Congress president is getting interesting by the day with the list of probable candidates getting bigger on a daily basis.

Hooda did not speak his mind clearly but said, "The Congress president has said that she will be neutral in the fight. Anyone can contest the election."

When asked if he would run, Hooda said, “The filing of nominations starts on September 24. Wanting to run is not enough...Let us see who all file their papers.”

At present, Rajasthan CM Ashok Gehlot and Shashi Tharoor are the two candidates in contention. The names of several other leaders are doing the rounds.

Former Madhya Pradesh CM Digvijaya Singh said he would not rule himself out; sources close to former Union minister Manish Tewari said former NSUI and Youth Congress leaders were reaching out to Tewari to contest and he was weighing his chances. Leader of opposition in Rajya Sabha Mallikarjun Kharge also met Rahul Gandhi.

Hooda’s meeting with Sonia on Friday fuelled the buzz that he might be testing the waters too.

A leader said, “It’s an open season since the Gandhis are out of the race. But there is no point in running simply to make a statement. It is important to weigh in your chances. Many leaders are currently assessing the situation. The real picture will emerge after September 24 once the filing of papers begins.”