Asymptomatic patients found with high viral load than symptomatic ones 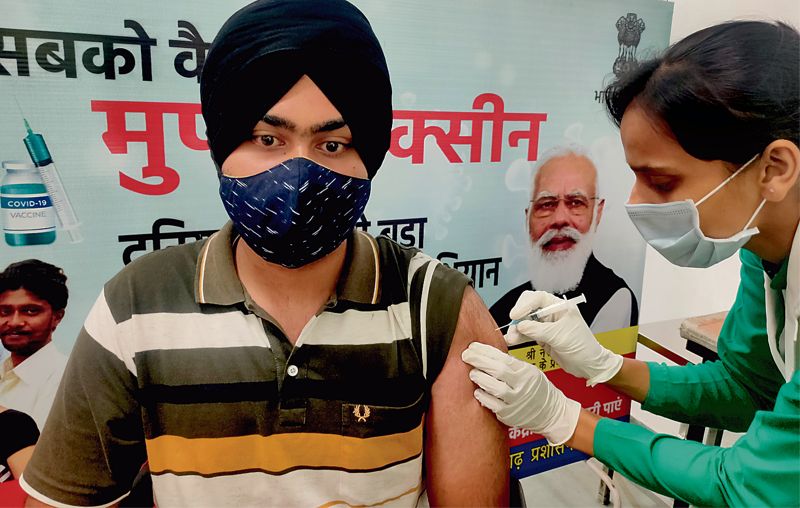 A young boy gets the Covid vaccine at the GMSH, Sector 16, Chandigarh, on Friday. Tribune Photo: Pradeep Tewari

A total of 239 Covid positive patients were included in the study. Out of these, 28.45 per cent were symptomatic and rest 71.54 per cent asymptomatic.

The aim of the study by the PGI, Chandigarh, was to investigate the association of SARS-CoV-2 viral load with disease severity, if any, in different population subsets infected with Covid-19.

Viral load refers to the quantitative number of viral particles in the body fluid, which represents the infectivity levels and has been used conventionally for monitoring the curative effects of antiviral. The viral diseases are always discussed in terms of viral load and disease severity. However, SARS-CoV-2 has shown new trends in the field of virology in aspects of viral load and diseases severity. The ICMR had also refuted the role of viral load and disease severity by releasing a statement that cycle threshold (Ct) value can be found similar in both mild or asymptomatic patients and those who develop severe symptoms. The Ct value is inversely proportional to virus load, meaning higher virus load (VL) will have less Ct value. The Ct value emerges in RT-PCR tests. “The low Ct values may not necessarily suggest disease severity as high VLs have also been seen in entirely asymptomatic patients. The virus shedding by RT-PCR has been shown to be up to 83 days as even the RNA of the dead viral particles can be detected and hence may not be a marker of infectivity,” the study noted.

Then what is causing disease severity?

According to the researchers, SARS-CoV-2 infection severity mainly depends on host factors and the immunological responses, including cytokine storm. Host factor refers to the traits of an individual person that affect susceptibility to disease. This may include general health, comorbidities, immune response, etc. 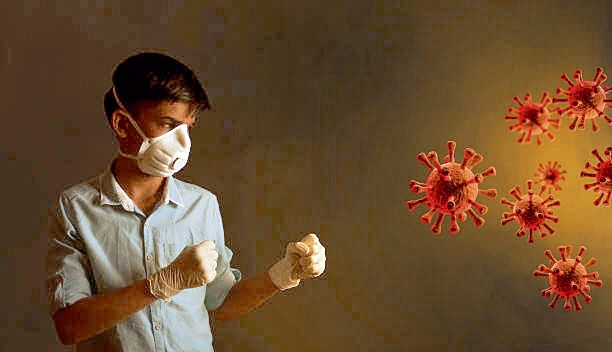 Paediatric positivity, in the present study, was found to be 15.8 per cent and a majority of the patients were found to be asymptomatic. Various reasons for lower severity in paediatric population can be explained by trained immunity in children, which is a reprogramming of innate immune response to more activated stages by frequent viral exposures, vaccination, routine live viral vaccine, frequent viral exposures, and higher regeneration capacity of children’s lungs.

Chandigarh: The city on Friday reported four new cases of Covid-19 and no death due to the virus. One patient was cured of the disease. — TNS 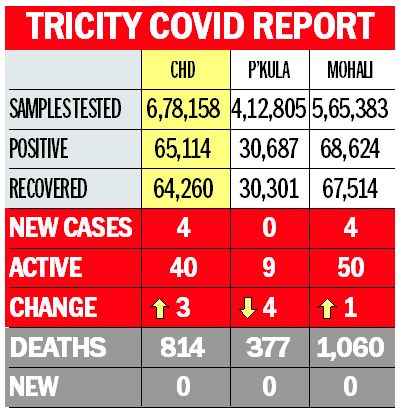 Mohali: Four new cases of Covid-19 surfaced in the district during the past 24 hours, taking the total number of positive cases to 68,624. No fresh death was reported, while three patients recovered from the virus. Of the 68,624 positive cases reported so far, 67,514 patients have been cured. — TNS

No fresh case in Panchkula dist

Panchkula: The district reported no fresh coronavirus case on Friday, keeping the tally unchanged at 30,687. The toll also remained at 377. While 30,301 people have recovered, nine cases are still active. — TNS