Was martyred in Kashmir in 1947 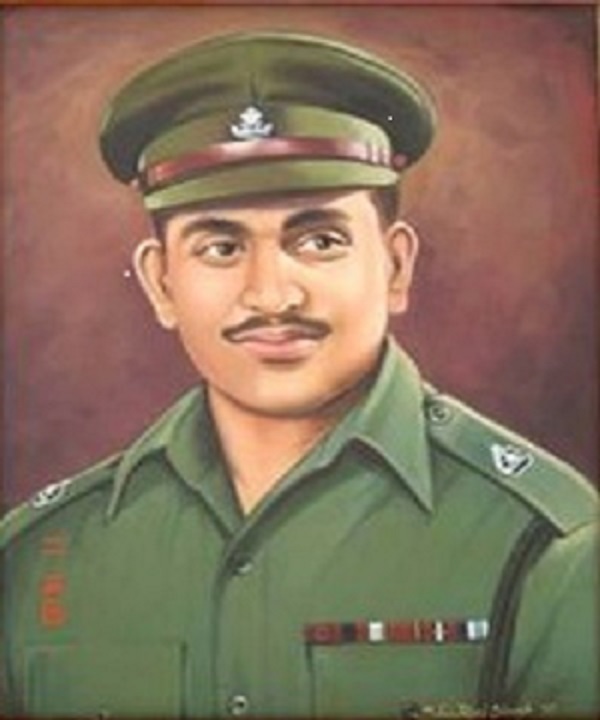 Residents of Dadh village, 15 km from here, have been moving from pillar to post for the setting up of a memorial to Major Som Nath Sharma, a Param Vir Chakra (PVC) awardee. Major Som Nath Sharma was martyred in Kashmir in 1947 while leading his unit to Badgam village for evicting Pakistani raiders from the Srinagar airport. For his exceptional bravery, he was posthumously awarded the country’s first Param Vir Chakra, India’s highest gallantry award.

In 2011, the Prem Kumar Dhumal government announced to set up a memorial in his native village Dadh. However, in 2012, the Dhumal government was voted out of power and the Congress took over the reins of the state but it did not show interest in the project.

Rajinder Chaudhry, a resident of Dadh, while talking to The Tribune, said villagers had been demanding the installation of the martyr’s statue for the past 30 years. They had met all Chief Ministers who ruled the state. They promised to fulfil their demand but no headway was made.

He said the village panchayat had also passed numerous resolutions to construct a gate as a tribute to him. Howerver, the demand had gathered dust as funds allocated by the government had never been enough to build the memorial or gate.

Major Somnath Sharma was born on January 31, 1923, in Dadh village of Kangra district. He belonged to a military family wherein his father, brothers and a sister served in the Army. On February 22, 1942, he was commissioned into the 8th Battalion, Hyderabad Regiment (later, 4th Battalion, Kumaon Regiment) of the British Indian Army.

On November 3, 1947, Maj Somnath Sharma and his company were ordered to reach Badgam village to take charge of the situation there. His left hand was already injured and was in a plaster cast. However, he insisted on being with his company in the combat. Badgam was one of those routes through which Pakistani raiders were marching towards Srinagar. Two companies of well-equipped soldiers were given the charge of Badgam front, Company A of 4 Kumaon, under the command of Maj Somnath.

A group of 500 raiders approached Badgam from Gulmarg and soon surrounded the company from three sides. Maj Sharma’s company was under heavy fire and in mortar bombardment, sustained heavy casualties.