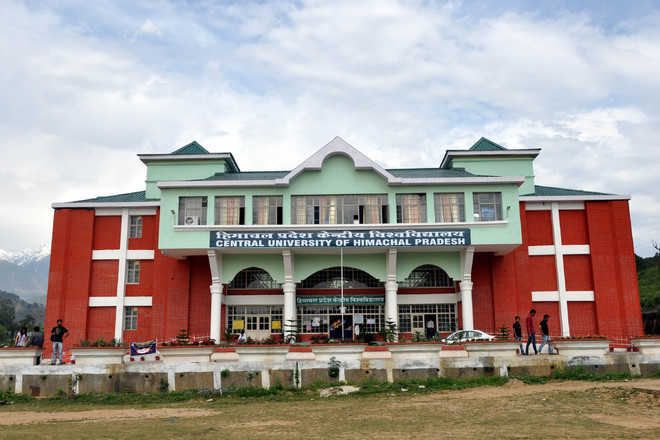 ABVP activists today protested against the government over the issue of Central University of Himachal Pradesh (CUHP) campus. - File photo

ABVP activists today protested against the government over the issue of Central University of Himachal Pradesh (CUHP) campus.

The activists held a dharna here and raised slogans against the government. They alleged that politics was being played over the location of the university campus while students were suffering.

At present, the CUHP campus was spread across four places — Government College in Shahpur, BEd College Dharamsala, Government College, Dharamsala, and in private buildings at Dehra. Besides the students and faculty members of the CUHP, students of the institutes in which the temporary campus were located were also suffering, they alleged. — TNS