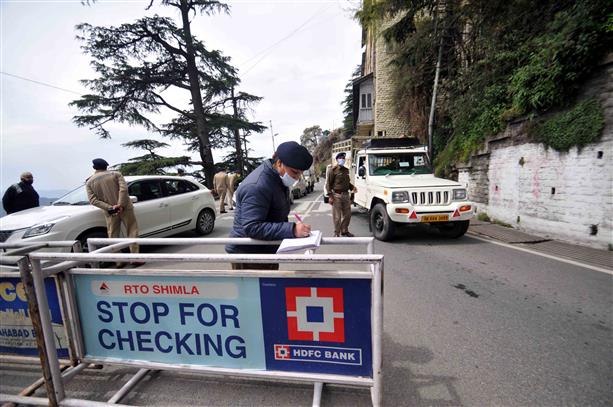 In a bid to curb the surge in Covid cases, Himachal Pradesh has switched to five-days-a-week routine for its employees across the state.

The government on Saturday also restricted the attendance in all social, political, and religious gatherings to 50 people.

A modification in the timings of the night curfew in four districts—Shimla, Mandi, Kangra, and Kulu—has already been made. It is being enforced from 9 pm to 6 am instead of the previous timings of 8 pm to 6 am.

"Henceforth, not more than 50 people will be allowed at a social gathering, be it a wedding, political rally or religious congregation as such gatherings have been found to be the biggest cause of Covid spread,” said the Chief Minister.

He said the limit of 50 would be applicable to any function whether indoors or outdoors. Earlier, the limit was 100 for indoor venues, and 200 for outdoors.

The Chief Minister said the positive results of the night curfew were being noticed as it has cut the night travel.

"The fact that the windowpanes are closed during night travel--be it a bus or a private vehicle--becomes the biggest cause of Covid transmission,” he said.

He said that though people were facing inconvenience due to night curfew it would continue.

He said though there is no shortage of oxygen at any hospital its supply would be augmented at all health institutions.

He said additional staff would be recruited through outsourcing, be it in case of nurses, ward boys or other paramedics.

“The bed capacity, too, will be augmented across the state so that in case of a requirement, Covid patients can be accommodated,” he said.

He said private health institutions would also be roped in for the purpose.