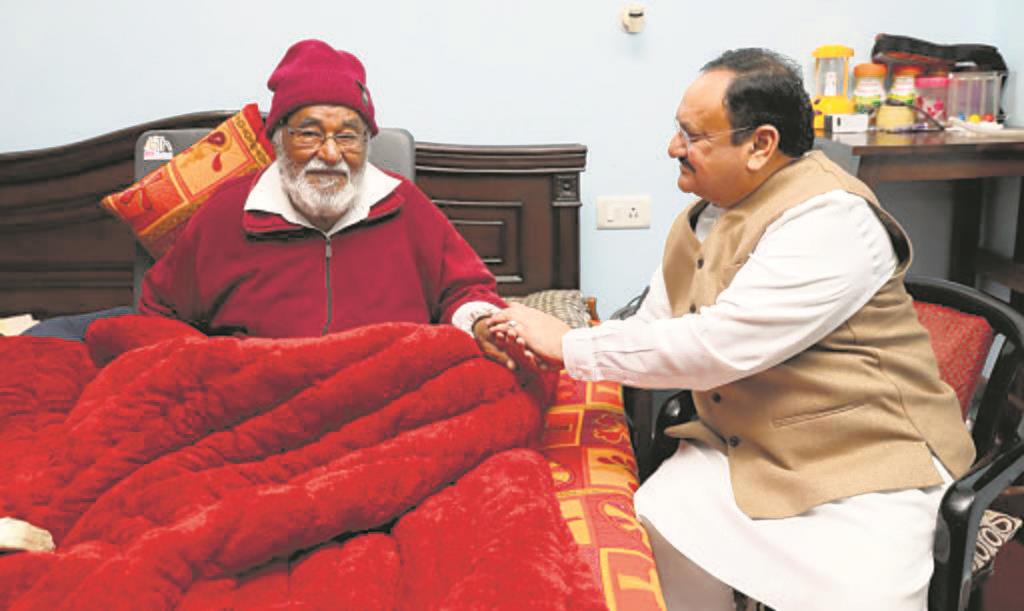 JP Nadda with his father at his home at Vijaypur village in Bilaspur.

The BJP will perform to form governments in Himachal and Punjab. The days of corruption and dictatorship in West Bengal are over and people have decided to get rid of the Mamata Banerjee government there, said JP Nadda, BJP national president, at Bilaspur today.

He said that the way Mamata Banerjee had pushed Bengal into trouble, people want to get rid of her government. He added whether it was politising administration, sheltering the corrupt or criminalising politics, the common man was suffering in West Bengal. The Trinamool Congress had encouraged the mafia, and criminals.

Nadda said that Mamata had claimed that she worked for the mothers, daughters and other people of the state but her government only encouraged corruption and the mafia raj. He added that the work on the East-West Metro link was in progress and the Central Government had sanctioned Rs 8,575 crore for it. He said that over 3,665 km of national highways were constructed in West Bengal with assistance from the Central Government. Nadda left for Delhi after meeting his ailing father at his native village Vijaypur. — OC