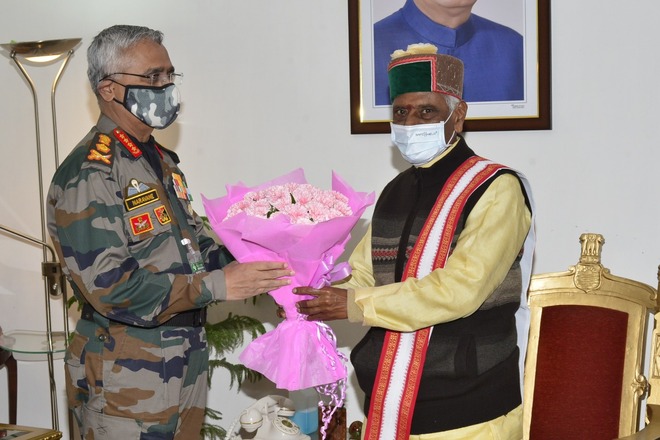 The Chief of the Army Staff, General MM Naravane, today said that the Indian Army had prepared a plan to strengthen the road network along the border areas of the state, which would help promote development activities and contain migration.

Gen Naravane called on Governor Bandaru Dattatreya at the Raj Bhawan here and held detailed discussions on various issues related to the development of border areas of the state. He said that the Army was capable of giving a befitting reply to every nefarious attempt of the enemy. As far as the border with China was concerned, talks were going on and there was nothing to worry, he added.

Gen Naravane said that there was a lot of enthusiasm among the youth for the Army and a large number of them were willing to join the force. Efforts were being made to give representation to every district of the country in the Army. He also expressed concern over narco-terrorism in border areas and said that the local administration had done a good job to contain it.

The Governor stressed the need for infrastructure development along the border areas with China. “The Army has an important role in the development of roads, helipads and other infrastructure. Youths from villages adjoining the border are migrating to cities for employment opportunities. It is a matter of concern and we need to explore the possibility of self-employment and employment at the local level,” he said.

Dattatreya said that jawans from almost every household in the lower belt of Himachal were serving in the Army and the number of ex-servicemen was also quite high. He also raised the issue of the Walker Hospital at Shimla with the Army Chief.