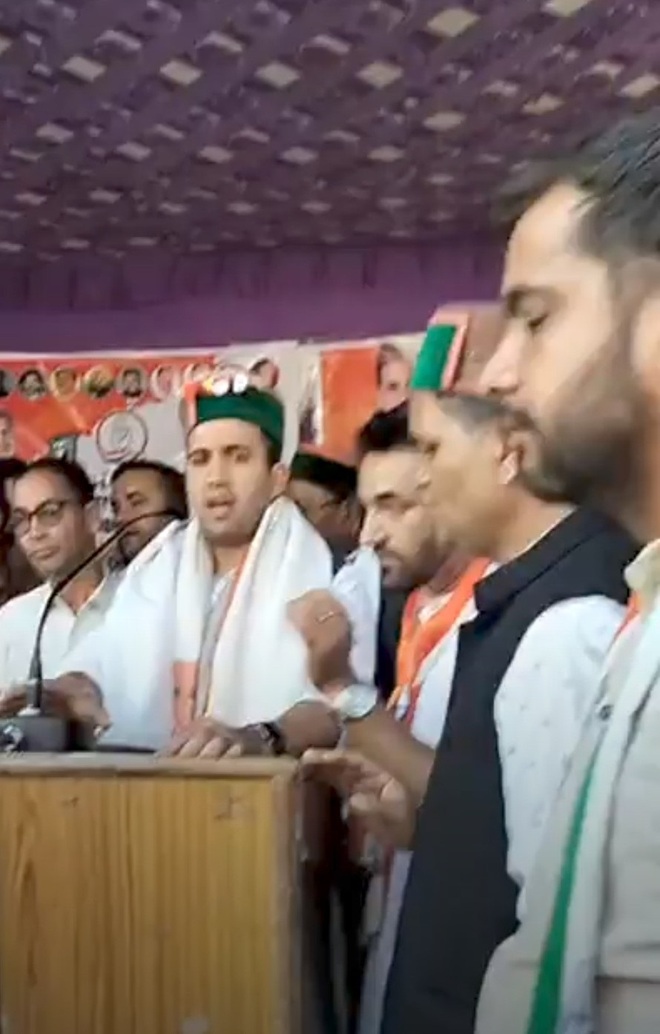 Congress’ Vikramaditya Singh at a rally at Sainj in Kullu on Tuesday.

Vikramaditya, while addressing a public meeting at Sainj in Banjar subdivision of the district, said that people should decide whether they need an MP who just sits among the crowd or a leader who could firmly raise their issues in Parliament. He appealed to the voters to support Pratibha Singh to win the Mandi byelection by a big margin of votes. He added that this was an opportunity to make the government to stop suppressing people and instead make efforts to resolve their grievances.

The Congress star campaigner said that a lack of development in the area needs to be looked into on priority. He added that the condition of roads was pitiable and BJP leaders were making only hoax announcements.

He said that there were over 15 lakh unemployed youths in the state but the government had given only 24,000 jobs in the past over three years. He added that the state government had taken loans to the tune of Rs 7,000 crore but was still appointing new chairmen and giving them luxury cars.

He appealed to the people to address him by his name and not as ‘Raja’. He said that his father was no doubt the ‘Raja’ of Bushahr princely state, but he also resided in the hearts of millions of people.