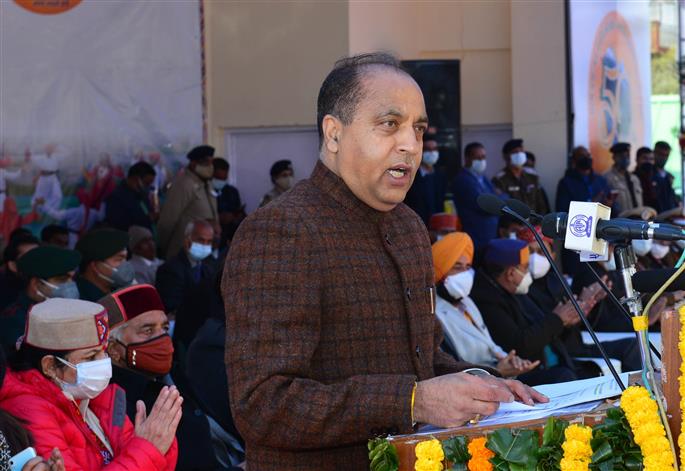 Chief Minister Jai Ram Thakur today said that his government had always been sympathetic towards the issues concerning employees, including police constables, and other sections of society and injustice would not be allowed to happen to anyone. The government was positively considering the issues of police constables but they should have been patient.

“Efforts have been made to address all chronic issues that have been pending since the previous Congress government,” he said while talking to mediapersons after announcing a slew of benefits, especially for employees, at the statehood day function here.

He said that several long pending demands of the employees and the pensioners had been met, notwithstanding the ‘uneasy’ financial health of the state. Employees play a crucial role in ensuring development of the state by implementing the policies and welfare schemes of the government. “We have been sympathetically considering all their demands and now we have tried to grant them financial benefits on a par with the Punjab pay scales,” he added.

Thakur said that the demand of the police personnel, too, had been met as they had been striving for additional financial benefits. “It’s not that we were not responsive towards their demands but they should have kept patience and waited for the issue to be resolved,” he added.

He said that over 11 lakh power consumers, too, would stand to benefit as up to 60 units would henceforth be free of cost and they would have to pay only the meter rent. “The power tariff for the remaining consumers whose consumption is up to 125 units has also been almost halved. They will now pay Re one per unit as compared to Rs 1.90 per unit,” he added.