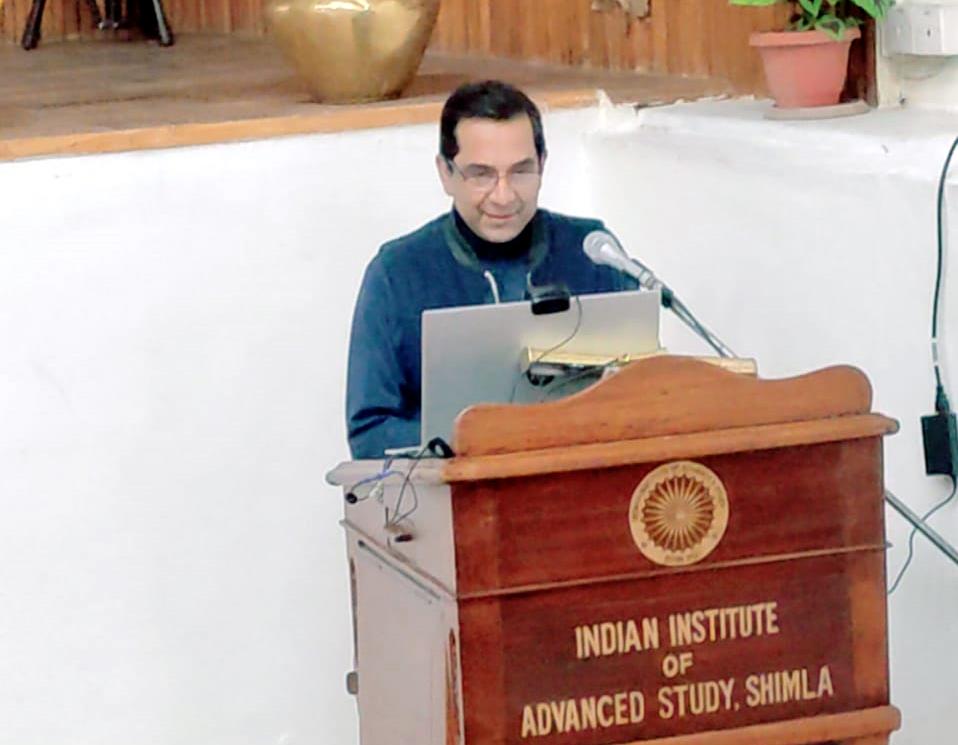 Raaja Bhasin delivers a lecture at IIAS in Shimla on Wednesday.

A lecture on “Shimla: The Hill States and the Firing at Dhami” was organised to highlight the contribution of Himachal in the freedom struggle, at the Indian Institute of Advanced Studies (IIAS) here today.

Speaking at the seminar, Raaja Bhasin, writer and historian, talked about how the Praja Mandal movement raised its voice against the ‘begar’ system, which was nothing short of exploitation of the low paid workers. Even though the local economy of Shimla and rulers of some princely hill states were economically benefitting from the presence of the British, people joined hands to revolt against the exploitation of workers under the ‘begar’ system, he remarked.

Bhasin narrated how the birth of the Himalayan Praja Mandal took place on June 1, 1939, and people rose against the injustice and exploitation, the pinch of which was also being felt by some hill state rulers. “The shooting at Dhami on July 16, 1939, on the protesting people is a painful story of exploitation of poor farm workers and the misuse of power which became an important event in the chain of events which led to people joining the freedom movement,” said Bhasin.