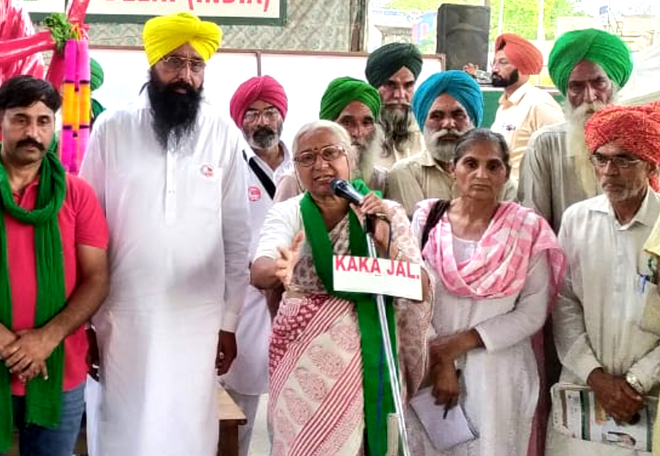 The Mitti Satyagrah Yatra, carrying soil from several states, arrived at the Tikri border on Monday.

“A statue made by West Bengal sculptors has become the centre of attraction at Tikri. The soil was placed as a mark of homage for martyrs at the statue. The yatra has already visited Singhu and Shahjahanpur borders and installed memorials to mark the martyrdom of kisans during the four-month agitation,” said activist Inderjit.