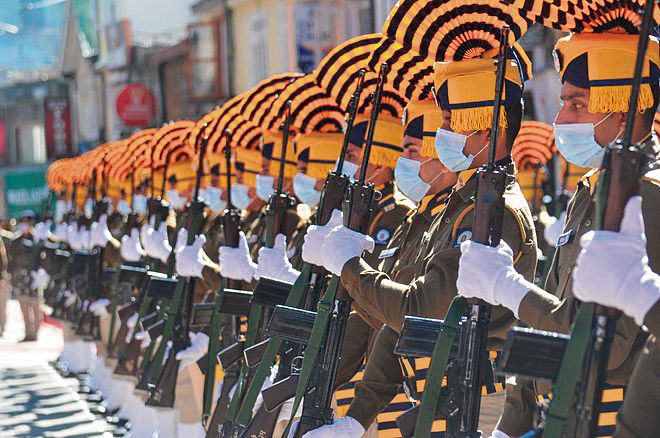 Ranked first among the northern states, the Himachal Pradesh Police have secured the 9th place in the country in Smart Policing Survey- 2021, conducted by the Indian Police Foundation (IPF) on the index of public perceptions and citizen satisfaction. The north India region includes J&K, Ladakh, Punjab, Chandigarh, Har-

The state stood 9th among 29 states and Union Territories (UT) with 6.91 points out of 10. The Consolidated Smart Policing Index (CSPI) for each state/UT is based on their aggregate scores in six competence-based indices, three values-based indices and thrust on index of citizens’ trust in the police.

Himachal was better placed on value-based parameters and ranked 8th in fair, unbiased and lawful policing, with a score of 6.79, 9th in integrity and corruption-free service (6.60 points), 8th in public trust (7.17 points) and 10th in accountability (6.71 points).

The quality of policing was the highest in Andhra Pradesh, Telangana, Assam, Kerala, Sikkim, Mizoram and Gujarat, with an index value of seven and above. As many as 19 states/UTs, including Himachal, scored an index value between six and seven, while three states scored between five and six.

The nation-wide report pointed out that petty corruption, venality and sometimes open extortion of money by some police personnel had been the largest single subject of adverse comments. Perceptions of corruption have resulted in tremendous impairment of police image and trust.

Almost all states scored slightly higher ratings for professional competency-based elements, while they received lower scores for values-based ones. Questions on integrity and corruption-free services received the lowest scores across states, the report indicated.

Himachal ranked 12th in perception score of police sensitivity (6.94) and 8th in strictness and good behaviour (6.98), better than the national average. Further, the state ranked 10th in accessibility with a score of 7.11 and was placed seventh in responsiveness, with 7.20 points on a scale of 1-10. The state ranked 11th, with 6.85 points, in helpful and friendly policing, but was down at the 14th spot in technology adoption, with a score of 6.75.

Government employees constituted the largest single group of respondents (27.95 per cent). Self-employed persons were the next largest (21.13 per cent), followed by the unemployed (17.61 per cent), private sector employees (15.59 per cent) and students (14.10 per cent).

“Himachal is working hard on all attributes, including sensibility, accessibility, strictness and good behaviour, integrity, lawful policing and trust, to further improve its ranking,” DGP Sanjay Kundu said, adding that stress had been laid on community participation through community policing and ‘Nash Nivaran Samitis’.