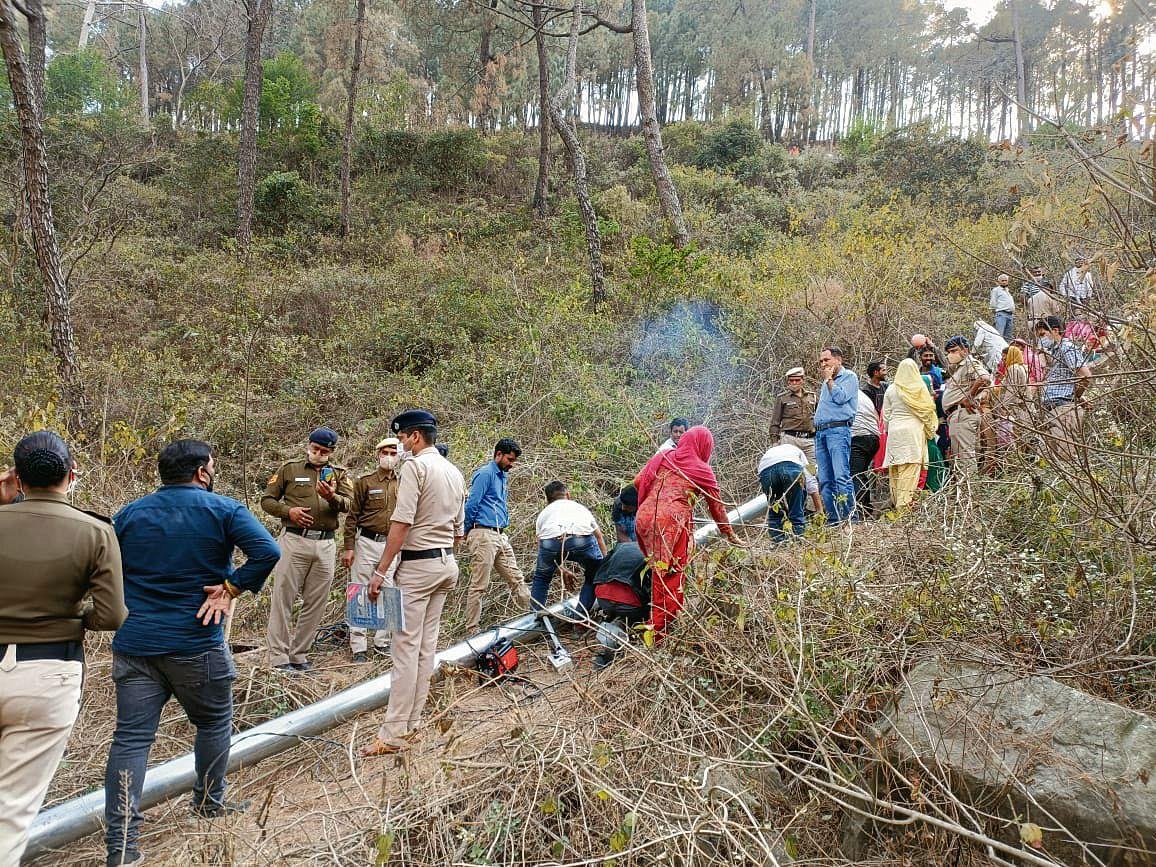 Tension prevailed at Ghatta, 25 km from here, as two groups of villagers from Mandi and Kangra districts clashed over the lifting of water from Bhatwali ‘khud’, a local source.

A large number of women from Ghankhetar area of Baijnath in Kangra yesterday reached the construction site near Ghatta and allegedly damaged the pipeline being laid by the Irrigation and Public Health (IPH) Department for a drinking water supply scheme for Pandol area in Mandi.

A clash ensued as the residents of adjoining Mandi district, who were beneficiaries of the scheme, too reached the spot and countered the Kangra residents.

Senior IPH and Kangra administration officials soon arrived at the site and tried to pacify the warring sides, but to no avail. The police help was later sought to avoid any untoward incident and for the laying of pipes.

Amit Kapoor, a municipal councillor who reportedly led the agitated women to the site, claimed the proposed scheme would result in overexploitation of their local irrigation channels, thus adversely affecting their agricultural prospects. “The ‘khud’ is our lifeline. The lifting of water will render it dry,” said Kapoor.

A senior IPH official said Bhatwali ‘khud’ had enough water and refuted the claims of the Ghankhetar women that villages downstream would face a water crisis.

The Mandi administration too sought the assistance of the Kangra Deputy Commissioner for laying of the pipeline amicably.