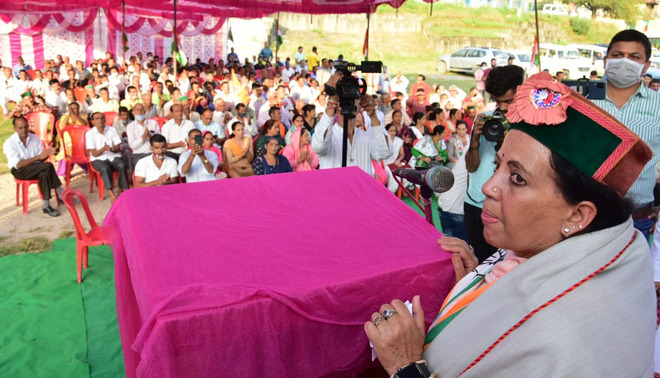 Congress candidate Pratibha Singh from the Mandi Lok Sabha seat has accused the state government of providing jobs to outsiders while ignoring the unemployed youth of Himachal.

She said, “During the Congress regime led by former Chief Minister Virbhadra Singh, priority was always given to the state youth in government jobs. However, the present BJP government is providing jobs to outsiders, which is sheer injustice to the local unemployed people.”

“The former Chief Minister had ensured tremendous development across the state without any bias,” she said.

“During the BJP regime in the state and at the Centre, inflation has increased manifold, which has affected the life of the common man. The BJP has done nothing to reduce inflation to provide respite to the common man. The BJP had promised to bring back the black money stashed in the banks of foreign countries but it did nothing to fulfil its promise, despite having been in power at the Centre from last seven years,” she said.