Heavy rain over North in next 3-4 days, says IMD 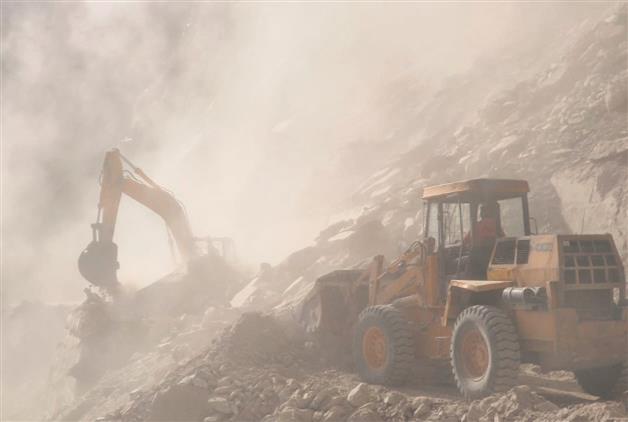 Work in progress to clear a road after landslide in Kinnaur. Tribune photo

Around 60 tourists remain stranded beyond Batseri on the Sangla-Chitkul road in Kinnaur district of Himachal Pradesh after yesterday’s landslide that claimed nine lives. Traffic could not be restored on the road as shooting stones still posed a grave risk.

Chief Minister Jai Ram Thakur said efforts were on to evacuate about 100 persons, including tourists, at the earliest. He announced an immediate relief of Rs 4 lakh to the next of kin of every deceased and Rs 50,000 each to those injured. The bodies of deceased tourists have been sent to Delhi. Bhisham Thakur of Sangla said over 50 hotels, tent houses and homestay options were available beyond Batseri towards Chitkul. However, there was no such option available along the stretch where the tragedy had struck yesterday, he added.

Chitkul is the last inhabited village on the Indo-Tibetan border and it has no alternative motorable road link. The stranded tourists would be evacuated as soon as possible, said Kinnaur DC Abid Hussain Sadiq.

A team of the Geological Survey of India (GSI) is expected to arrive in Kinnaur tomorrow. It will inspect the Batseri site to ascertain the cause of landslide, besides studying rocks and soil strata to identify vulnerable spots.

Meanwhile, the National Highway-5 was blocked due to a massive landslide near Malling Nullah and the roads to Spiti and Shalkhar were closed for vehicular traffic.