Authorities on Sunday closed the highway for two days that connects to Leh in Ladakh owing to snowfall. They also advised motorists to avoid travelling on high mountain passes till October 18. 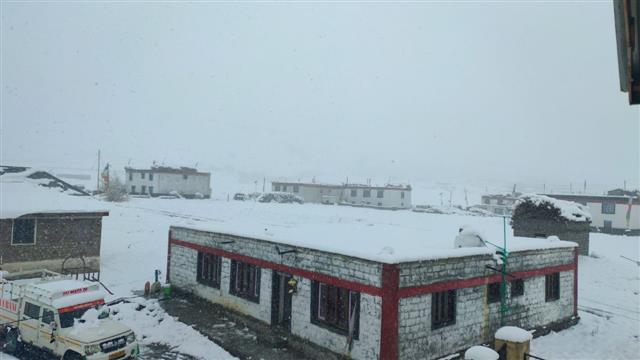 The weather at the passes is harsh. A sudden drop in the temperature, even in summer, can trigger winter-like conditions. The General Reserve Engineering Force, a wing of the Border Roads Organisation, maintains the Manali-Leh highway that passes through rugged Himalayan ranges, including the Baralacha Pass (16,020 ft), Lachlungla Pass (16,620 ft) and Tanglangla Pass (17,480 ft).

It has been raining in Shimla and Manali since Sunday.

Several parts of Delhi and its adjoining areas witnessed waterlogging on Monday morning after overnight rainfall.

Fruit and vegetable wholesale markets in Ghazipur, Delhi and parts of Gautam Buddh Nagar were seen waterlogged this morning.