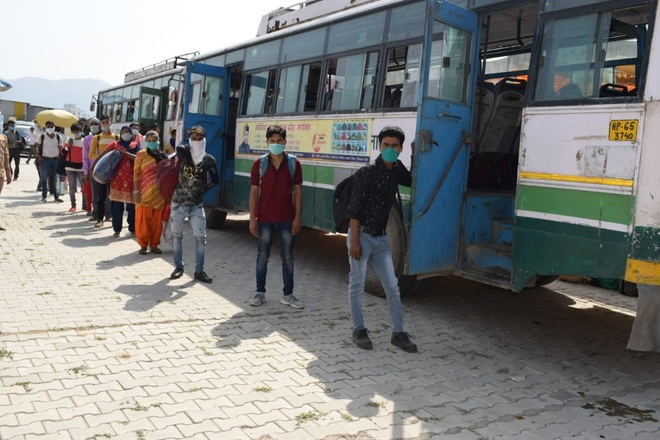 The Himachal Road Transport Corporation (HRTC) has begun the inter-district night bus services today and 13 buses started to cater to passengers travelling within the state. Since Unlock-3, inter-district buses have been plying only during daytime.

As per Darshan Singh, traffic manager at the HRTC Una depot, the head office has asked all depots to send proposals to restart the inter-state bus services. He said the Una depot had proposed to start 13 inter-state buses, for which permission was still awaited. The proposed routes from Una included six to Hoshiarpur, three to Chandigarh, one each to Haridwar and Delhi. He said buses on 22 local routes were being operated, which would be gradually increased.

Private bus operators of Una have preferred to keep their buses off roads. “People are preferring to use their own vehicles. The confidence buildup to travel in buses will take time,” said a private transporter. — OC