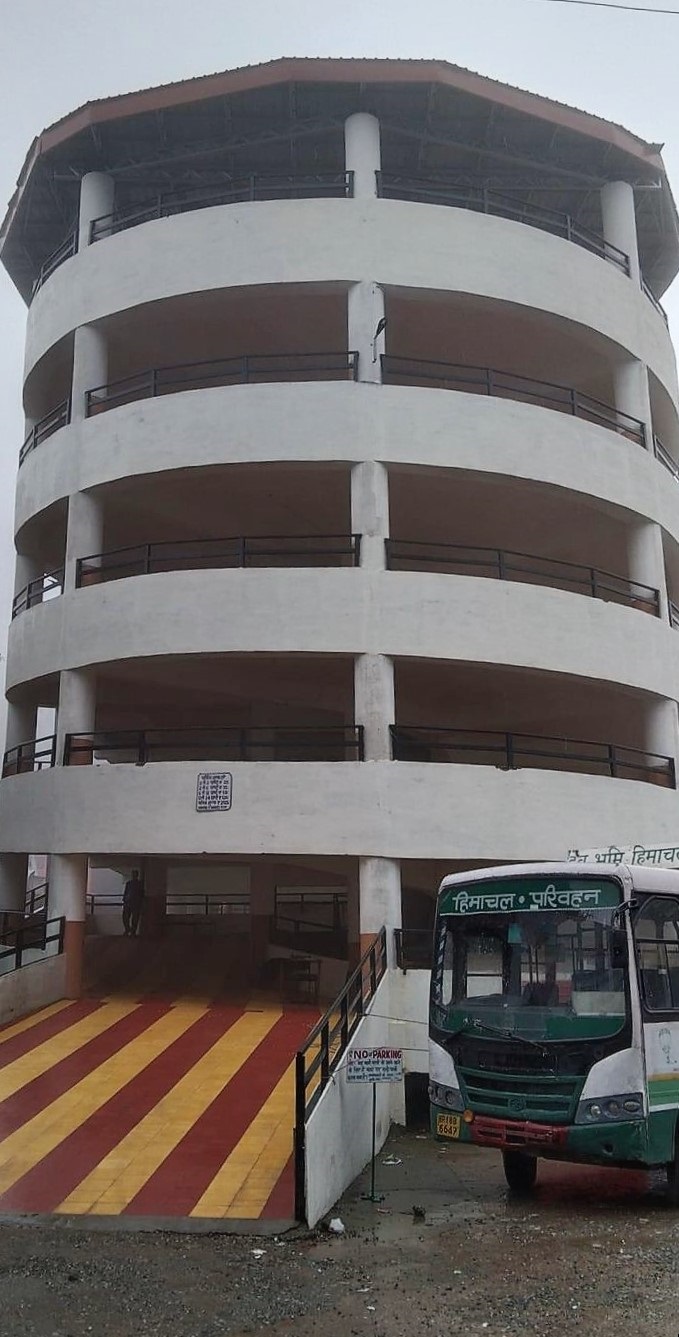 In an attempt to ensure optimum use of the newly constructed mutli-storey parking at Nahan bus stand, the district administration today reduced the parking fee.

Sirmaur Deputy Commissioner RK Gautam has urged the residents of Mall Road, Gunnughat, Balmiki Nagar, New Bazar, JBT School, Kachha tank, etc, to use the facility instead parking the vehicles along the roads. The multi-level parking has a capacity to accommodate 300 vehicles.

The minimum parking fee has been slashed to Rs 20 from Rs 25 while the monthly pass will now cost Rs 1,180 instead of Rs 2,125. The residents had been complaining that the parking rates were exorbitant, discouraging them to make use of the parking facility which was inaugurated on April 14.

The DC has also directed the Regional Manager of the Himachal Road Transport Corporation to make available buse service from the multi-level parking to Dr YS Parmar Government Medical College so that the residents don’t have to face inconvenience.

The DC also said in order to improve parking facilities in the town, a committee was constituted under the chairmanship of Nahan SDM to identify parking places along the road.

“Residents will be directed to park their vehicles only at the designated spots to avoid haphazard parking. The police has been directed to challan vehicles parked haphazardly on the roads and by-lanes,” Gautam said.

Lack of adequate parking space is a major cause of traffic congestion in the town. The narrow roads can’t be widened due to residential and commercial buildings on both sides of the roads. Moreover, haphazardly parked vehicles add to the traffic problem.