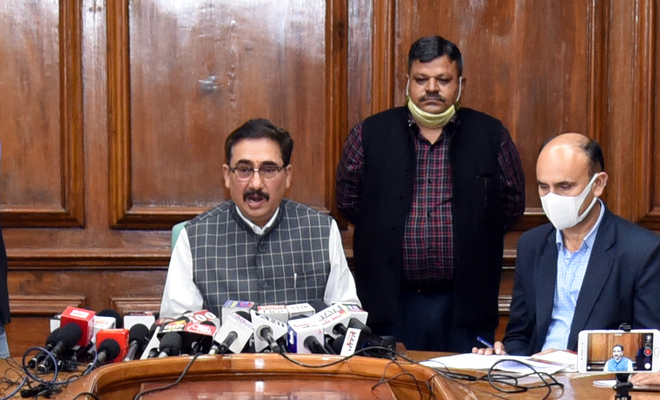 As many as 93 MLAs (sitting and former) would attend the special session of Vidhan Sabha to be addressed by President of India Ram Nath Kovind on September 17 to mark the golden jubilee anniversary of statehood.

Kovind, who would address the assembly at 11 am, would be the third President to address the state legislative Assembly. Earlier, former Presidents A P J Abdul Kalam and Pranab Mukherjee addressed the Vidhan Sabha in 2003 and 2013, respectively, said Speaker Vipin Singh Parmar, while addressing the media persons here today.

He said the state government had decided to highlight the journey of the state since 1971 by organizing 51 programmes which were delayed due to the ongoing Covid 19 pandemic. The idea was to appreciate the efforts of all those who have contributed to the development of the state since the time of first Chief Minister Y S Parmar.

A book containing the 50 years of state political, social and economic transformation and milestones during the tenure of various chief ministers and governments would also be released by the President.

The state had made big strides in the fields of health, education, roads network, power generation, horticulture, agriculture and other fields and the objective of organizing this event is to remember remarkable contribution and achievement of people of the state, he said.

All the people coming in close proximity to the President, including 93 members of Vidhan Sabha staff, would be tested for Covid (RT-PCR test), said Parmar adding that all the former and sitting MLAs would be honoured.

Himachal became the 18 state on January 25, 1971 when former Prime Minister Indira Gandhi announced the statehood to Himachal Pradesh at the historic Ridge in the presence of first Chief Minister Dr Y S Parmar and thousands of people of the state.