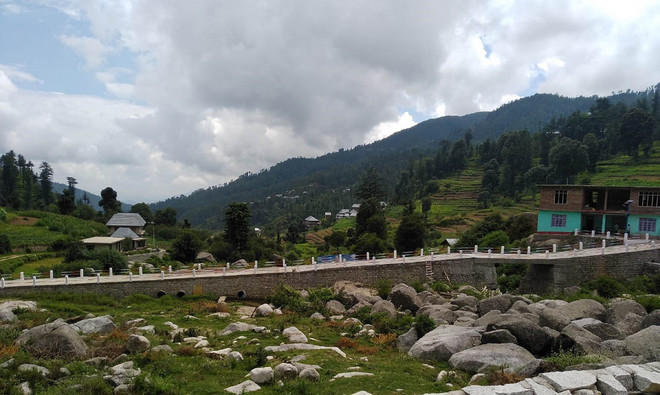 The Shala gram panchayat under Gohar block of Mandi district has constructed a rest house-cum-multipurpose building under the Mahatma Gandhi National Rural Employment Guarantee Act (MGNREGA) at a cost of Rs 27 lakh.

This is the first rest house in the state that has been built under the MGNREGA by any gram panchayat. It will help generate employment for jobless persons from the area. The initiative has drawn appreciation from the district administration as well as local residents.

Rajender Kumar, pradhan of the Shala gram panchayat, said the aim was to generate employment for the needy.

Nishant Sharma said the initiative had set an example for other gram panchayats. Earlier, it was believed that only small works could be executed under the MGNREGA. However, the Shala gram panchayat had done a good job by executing a big project under the Act.

The pradhan said the gram panchayat had dedicated the rest house to the district administration to be used as a dedicated Covid care centre.

Similarly, the Kharot gram panchayat under Gohar block has constructed an 81-km motorable bridge that will connect several nearby villages to the main road. The bridge over the Brokhdi rivulet has been built at a cost of Rs 21 lakh. Rugved Thakur, DC, Mandi, said amid the Covid-19 crisis, the district administration had provided employment to the needy under the MGNREGA.