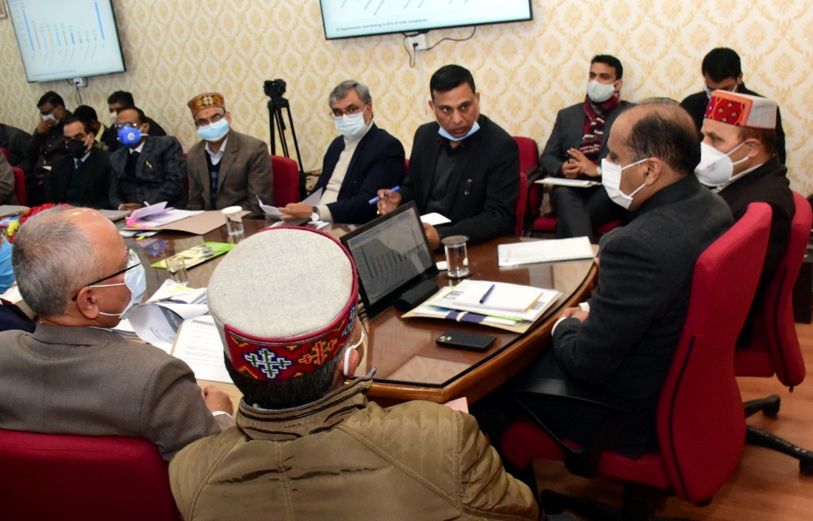 Chief Minister Jai Ram Thakur today directed the officers of the state to accord top priority to redress grievances of people so that they do not face unnecessary harassment. Tribune photo

Chief Minister Jai Ram Thakur today directed the officers of the state to accord top priority to redress grievances of people so that they do not face unnecessary harassment.

He said that since 10 major departments Jal Shakti, PWD, Panchayati Raj, Revenue, HPSEBL, Police, Rural Development, HRTC, Forests and Urban Development Departments contributes to 81 per cent of the total complaints, stress should be laid on their early redress.

Thakur said the administrative secretaries must give thrust on redressing grievances and pendency should be viewed seriously. A policy should be framed for blocking abusive, irrelevant and frequent callers as this unnecessarily caused embarrassment to the departments concerned. He appreciated the functioning of all those working in Helpline.