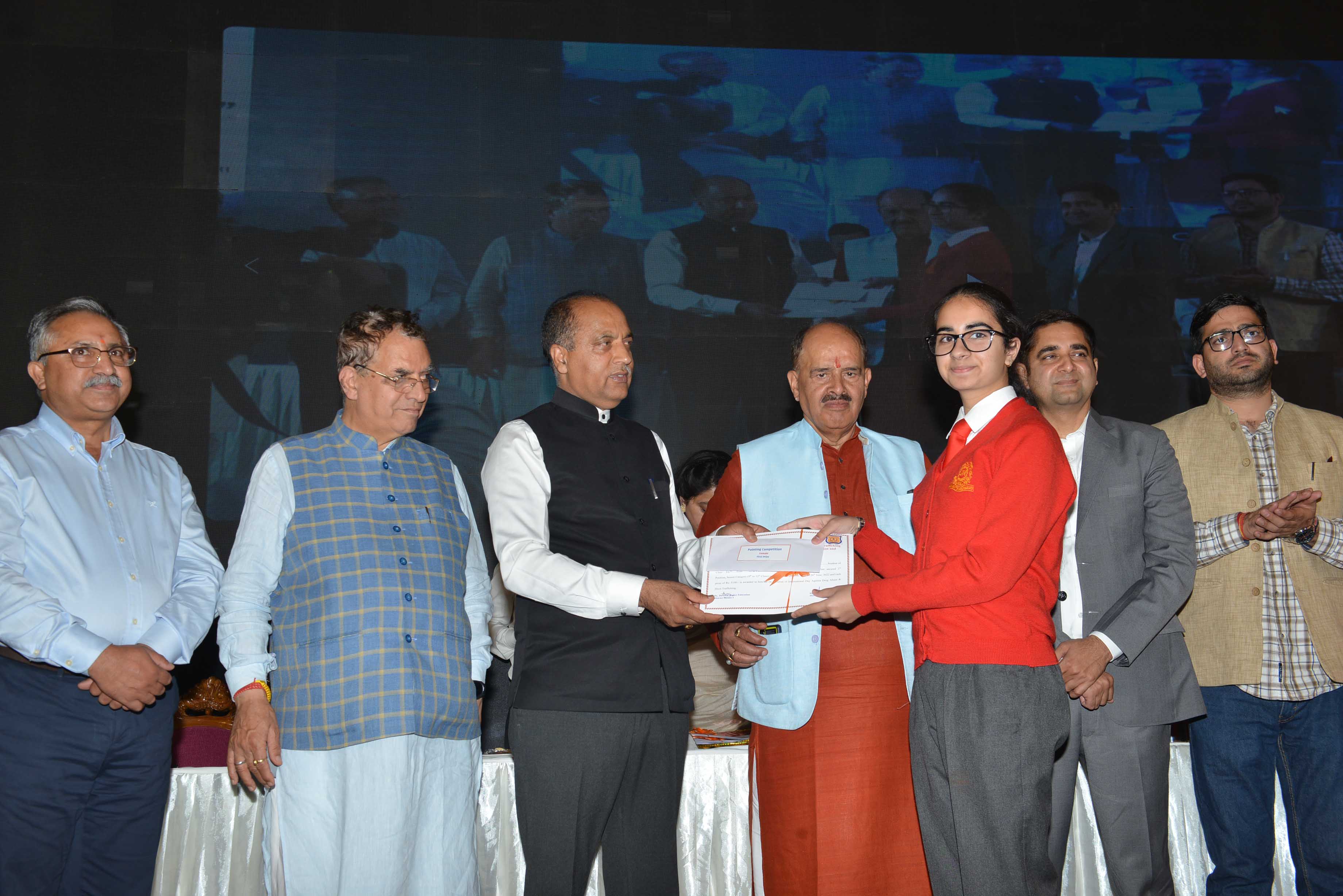 Chief Minister Jai Ram Thakur honours the winners of a competition held on the theme of drug prevention in Shimla. Tribune Photo

A Special Task Force headed by Additional Director General of Police CID and officers of Department of State Taxes and Excise as its members would be constituted to curb drug menace in the state, said Chief Minister Jai Ram Thakur while launching the initiative Nasha Nahin, Zindagi Chunne here today.

Thakur said the state government was committed to eradicating drug menace. Nasha Niwaran Board has been constituted and Integrated Drug De-addiction Policy has been adopted for this purpose.

He said that 73 posts of police personnel would be created and filled in the Department of State Taxes and Excise for effective implementation of Excise, NDPS and other regulatory legislations. This would not only safeguard government revenue but also re-assert government’s commitment to combat drug menace in a holistic manner. He also initiated the process of Excise Police Force on the occasion.

Stressing the need to make the campaign against drug abuse a people’s movement, he said that only then this demon of drug abuse could be defeated and the younger generation saved from this social vice. He said the advancement in technology had made curbing the menace quite challenging and advised the Police Department to remain a step ahead to nab those engaged in drug peddling.

The Chief Minister also advised parents to keep an eye on the behavioral change in their children and asked them to spend time with their children. He also urged the teachers of schools and other educational institutions to keep strict vigil on the activities going on in their institutions as the drug peddlers specifically target these institutions. He said special drives to curb drug menace amongst the youth must be regularly organized near schools and colleges from time to time under the Community Policing Scheme.

The CM administered oath against drug abuse on the occasion and distributed anti-narcotics drug detection kits and provided prizes to the winners of various events such as painting, marathon, slogan-writing competitions, etc held on the occasion. He also flagged off vehicles of the Department of State Taxes and Excise to deal with drug peddling in an effective manner.

A short film of Nasha Niwaran Board on various initiatives taken by various departments was also screened on the occasion.