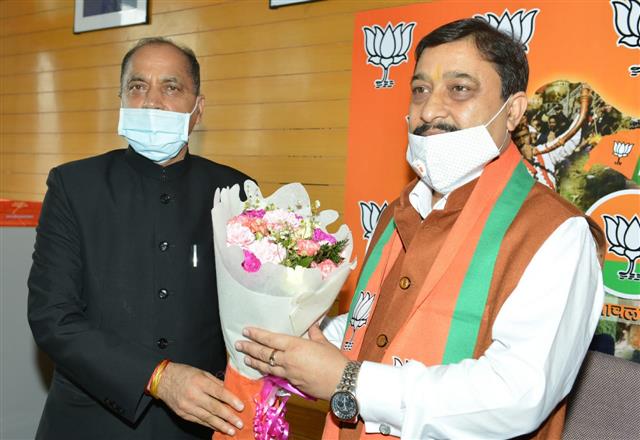 Mission repeat in 2022 assembly elections and strengthening the party would be the main task said Suresh Kashyap, who took over as new president of state BJP at a simple function here on Wednesday.

Expressing his gratitude to the party high command and chief minister for trusting him to head the state unit, he said that it can happen only in a party like BJP where common man is given key responsibilities.

He also thanked the party workers, whose efforts have made the BJP the biggest political party in the world.

He said that the main agenda of the government was development and it was making continuous progress in this direction and even during Covid 19 pandemic, development works were going on.

Former state chief Rajiv Bindal said the party would repeat in 2022 Assembly elections under the guidance of Kashyap.

Besides Chief Minister, former presidents Rajiv Bindal and Satpal Singh Satti, organsational secretary Pawan Rana, state office-bearers and presidents of districts and morchas were present. The gathering was restricted due to Covid 19 pandemic and the ceremony was witnessed by workers through video conferencing and Facebook live.