Watch: Traffic on Shimla-Chandigarh road disrupted after town gets highest single-day snow in February in 19 years : The Tribune India

Watch: Traffic on Shimla-Chandigarh road disrupted after town gets highest single-day snow in February in 19 years

The administration is trying to remove snow from the road and streamline the traffic.

Traffic movement on the Shimla-Chandigarh highway was disrupted on Friday morning after Thursday's heavy snow. 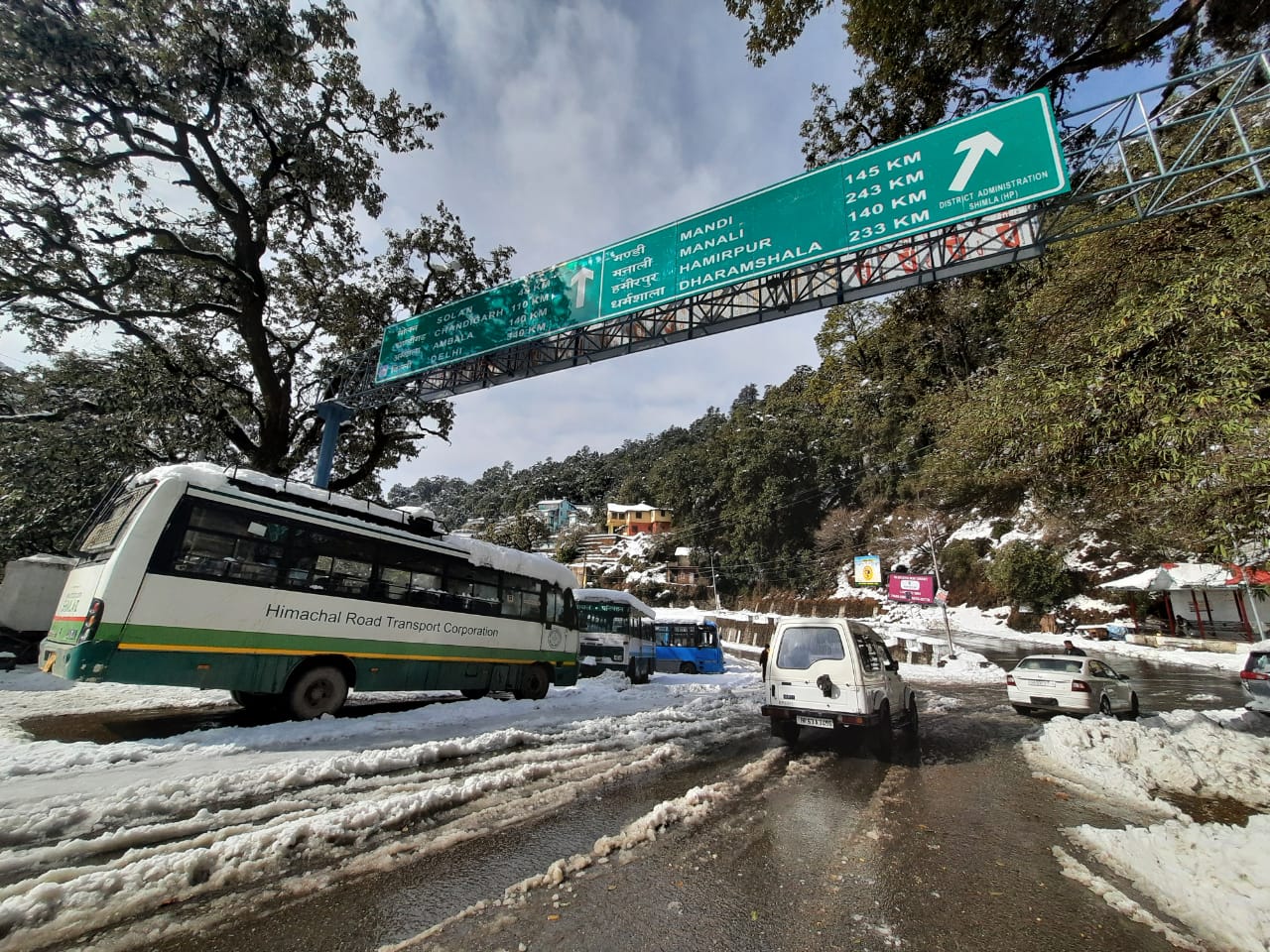 Only 4/4 vehicles could move owing to the slippery road conditions. 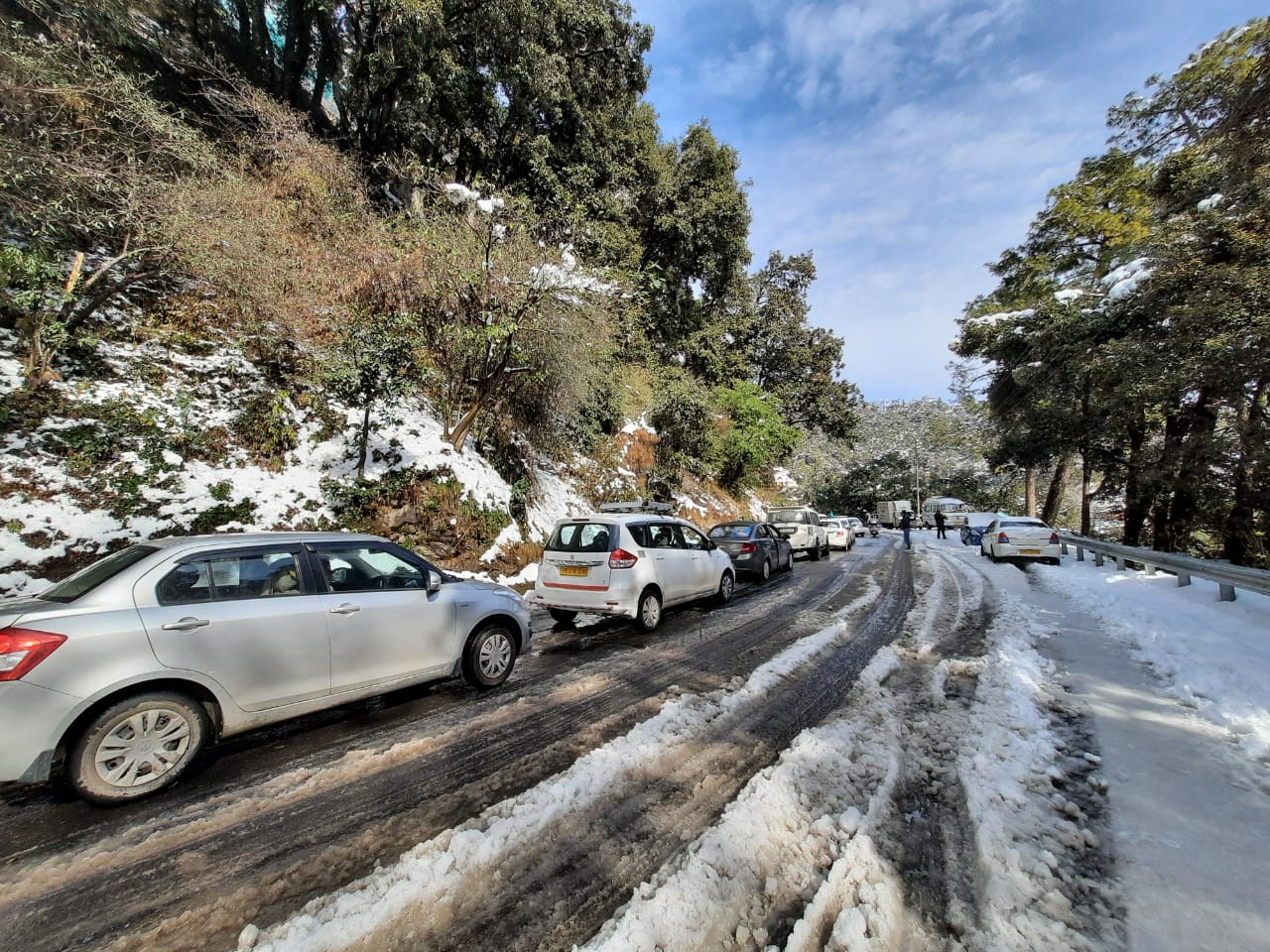 As news of snow spread, tourists flocked to Shimla. The administration was trying to remove snow from the road and streamline the traffic.

Vehicular traffic on Chandigarh-Shimla road was resumed up to Tuti kandi bypass while roads leading to hospitals were being cleared on priority basis, said SP Shimla Mohit Chawla.

Upper Shimla area remained cut off for the second day. 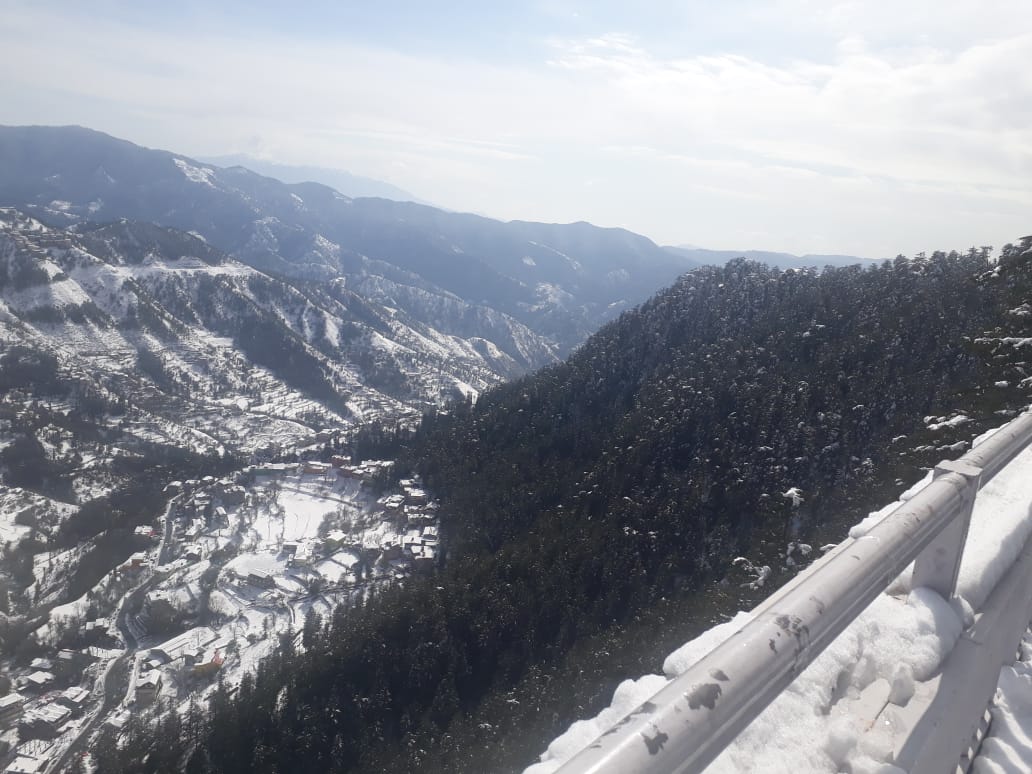 The snowy landscape is likely to stay for two to three days.

In the past 19 years, Shimla has recorded the highest snow on a single day in February. This was also the season's heaviest spell.

Places near Shimla such as Kufri, Chail and Narkanda have also been experiencing snow, turning the tourist destination even more picturesque.