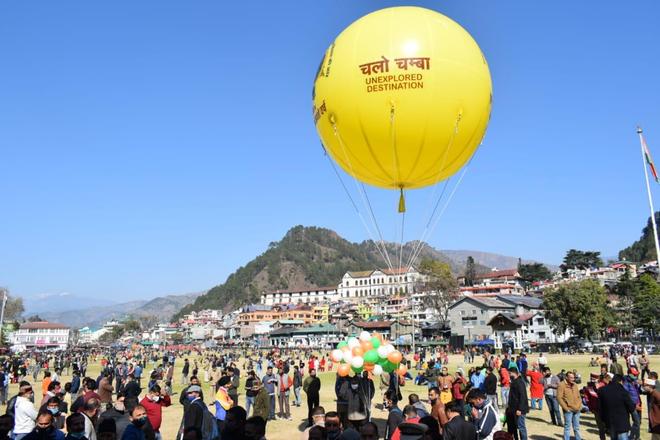 Forest Minister Rakesh Pathania releases a balloon in the air in Chamba.

Forest, Youth Services and Sports Minister Rakesh Pathania unfurled the National flag and took salute of the march past by contingents of the police, Home Guards, NCC and NSS at the historic Chowgan here. He said by the end of this year, 2,243.45 hectares of the district would be brought under the plantation drive and the target of planting 18.55 lakh saplings would be completed.

Pathania said 45.44 lakh saplings had been planted in 5,423 hectares. He also said Rs 25.14 crore had been spent on various schemes by department.

MLAs Bikram Singh Jaryal and Pawan Nayyar were also present at the function. Pathania also honored officers, staff and other individuals for their performance in various fields.