Plan was to play shots along the ground: Prithvi Shaw 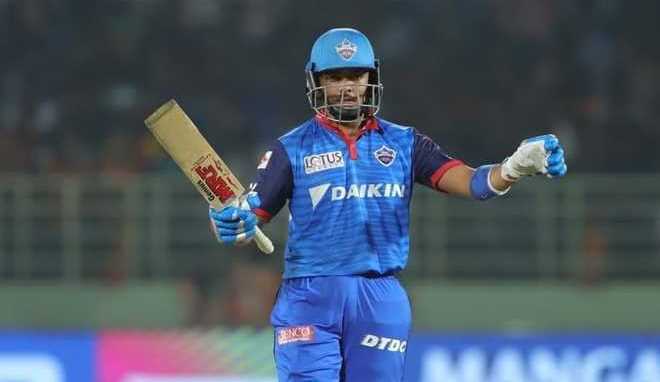 Young opener Prithvi Shaw, who starred in Delhi Capitals' victory over Chennai Super Kings, says his plan was to play along the ground and avoid "silly mistakes" after failing to make an impact in the first match.

Shaw was dismissed for five in DC's campaign opener against Kings XI Punjab but the 20-year-old made amends with a fluent 64 off 43 balls on Friday to lay the foundation of the team's 44-run victory against CSK.

"My plan was to play my natural game but play the shots along the ground, last game we saw there were some silly mistakes and it was not working for me or the team," Shaw told skipper Shreyas Iyer in a video posted on the IPL website.

Close friends and teammates in the IPL, but arch-rivals in the DC Team Room 😉

Shaw shared a 94-run opening stand with Shikhar Dhawan to guide DC to 175 for three against CSK. The duo started slowly, scoring just 36 runs in the first six overs but soon gained momentum.

"CSK has some good pace bowlers, I was able to time the ball and get some gaps. As the spinners came on, even if we are 40/0, it doesn't matter, I knew me and Shikhar Dhawan could pace our innings after the powerplay," he said.

His fifty and a disciplined effort by bowlers helped DC thrash CSK to register their second win of the tournament and climb top of the points table.

Iyer was delighted by his side's performance and said they needed to capitalise on the winning momentum.

"As a captain, it's a nice feeling, when you start by winning your first two matches, it helps in giving you confidence and now we need to capitalise on the momentum.

"As a team, we have been doing fantastic off late. The more matches we win, the easier it will be for us in this year's IPL," said Iyer.

Asked about the six-day quarantine before the tournament, Iyer said it was quite challenging.

"First six days were very challenging, I thought they would pass very quickly, but it felt like a month seriously. I had to entertain myself in the room as I was watching movies, chatting with my friends." PTI