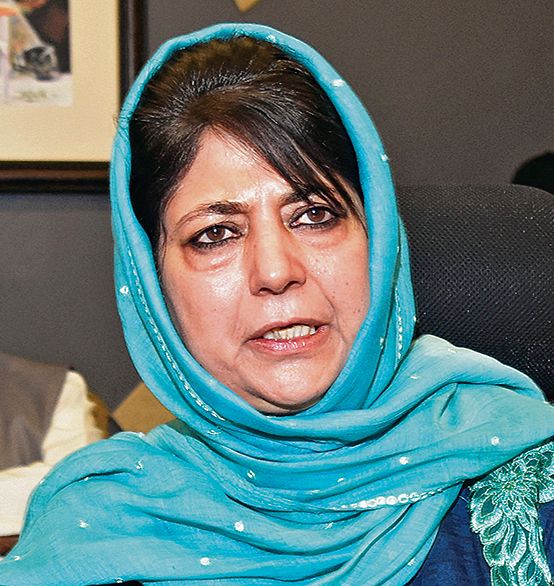 Three government officials, including an assistant professor, were dismissed from service over alleged anti-state activities in Jammu and Kashmir, drawing strong criticism from PDP president Mehbooba Mufti who said the government had “misplaced priorities” during the pandemic.

It’s the first such action after the administration formed a committee last month that is empowered to look into allegations of involvement in anti-state activities against government employees and recommend dismissal.

According to the identical orders, the dismissal of the three officials was directed by Lt Governor Manoj Sinha on April 30 under sub-clause (c) of the proviso to clause (2) of Article 311 of the Constitution. It said it was not expedient to hold an inquiry in these cases.

The orders said the Lt Governor was satisfied after considering the facts and circumstances of the case and on the basis of the information available that the activities of Naik, Wani and Jan were such as to warrant their dismissal from service.

The orders said the Lieutenant Governor was satisfied under sub-clause (c) of the proviso to clause (2) of Article 311 of the Constitution of India that in the interest of the security of the state, it was not expedient to hold an inquiry in their cases. Officials said the three officials were named in separate FIRs and also underwent detention.

Naik, a resident of Kulgam, was arrested in March from his rented accommodation in Udhampur, where he was posted about a fortnight back, in connection with four pending cases about radicalisation of youth in his south Kashmir home town, the officials said.

Similarly, they said two FIRs are registered against Jan, a resident of north Kashmir Kupwara district, in police station Kralpora for allegedly inciting people to violence in 2010 and 2016. He had also undergone four months of detention under the Public Safety Act.

PDP president Mehbooba Mufti tweeted, “In the middle of a pandemic, the Centre should focus on saving lives instead of firing govt employees on flimsy grounds in Kashmir. No wonder its misplaced priorities have converted India into shamshanghats & kabristans. The living continue to suffer & the dead are deprived of dignity.”

J&K Apni Party president Syed Mohammad Altaf Bukhari also termed the expulsion as an unfortunate and avoidable decision that has deprived a poor family of its livelihood in highly pressing times. — PTI