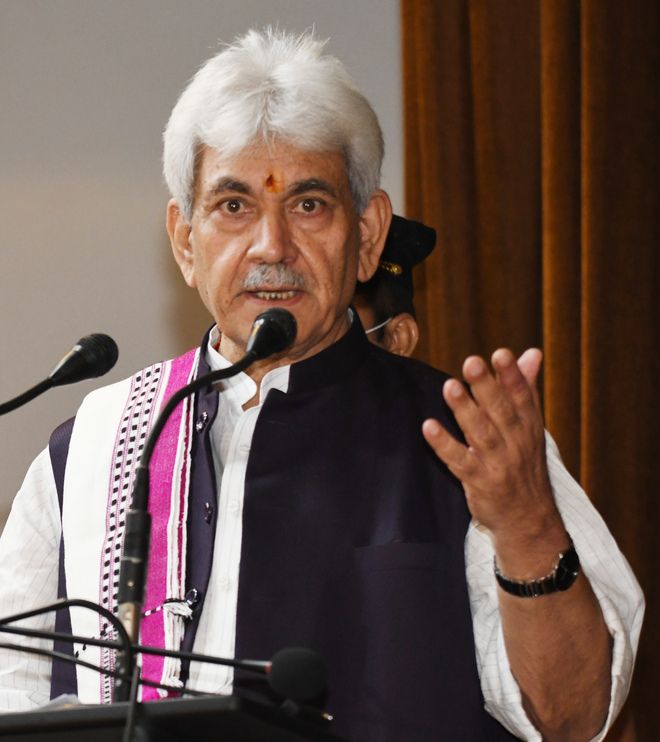 Taking cognisance of media reports about alleged fraud in the recruitment of police sub-inspectors in Jammu and Kashmir, Lieutenant Governor Manoj Sinha on Thursday ordered a probe into the matter.

Jammu and Kashmir Services Selection Board, Sub-Inspector result 2022 was declared online on June 4.

With the list of shortlisted candidates out, the J-K Police recruitment exam has come under the scanner after several aspirants have called it a “fraud” and “unfair”.

“For last two to three days, newspapers are publishing reports thereby the recruitment of sub-inspectors has come under suspension,” Sinha said while addressing a passing out parade of deputy superintendents of police (DySPs) and probationary sub inspectors (PSIs) at SKP academy in Udhampur.

“A committee headed by additional chief secretary (home) will probe it,” he said, adding it will submit its report in a time-bound manner.

“The recruitment (list) will be cancelled if anything wrongdoing is found during the probe,” Sinha said.

“No fingers were pointed at any other recruitment done so far and if there are apprehensions in the minds of people, it is the duty of the administration to carry out an impartial probe and take necessary action,” he said.

On the occasion, The LG complimented the young officers and said, “I am confident that these brave officers will do their best to serve Maa Bharti and to uphold the dignity of Jammu Kashmir Police.” Some aspirants took to the social media and questioned how siblings in many cases got selected together in the SI exam.